Obama continues to attempt to disarm Americans and these pesky little things called “facts” keep getting in his way.

A report that recently came out from the Centers for Disease Control has now shown that guns are by far an away not even close to causing the most deaths in the U.S. every year.

In fact, it doesn’t even rank inside the top 15 causes of death.

The study is from 2013, but this is the most recent information we have on the topic as it takes years to compile all the data and publish it. 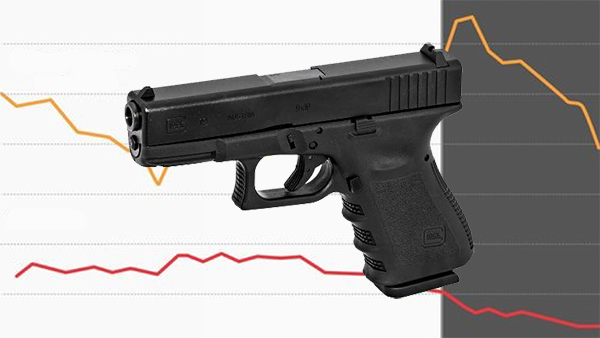 Firearm related deaths totaled 33,636 in 2013. Of those, 21,175 were suicide, 505 were accidental discharges, and 11,208 were assault related (homicide). There were 516 “legal intervention” deaths, but the report does not specify how many those were firearm related.

Not even the CDC considers “gun violence” to be its own category.

Poisonings accounted for 48,545 deaths, of which 80% were accidental. You are more likely to die by accidentally swallowing bleach and ammonia than by someone shooting you.

31,240 people died in accidental falls. You are more likely to die by slipping on ice than you are by someone shooting you.

This will put a MASSIVE hole in the argument that guns kill more people than anything else, which have been a big point for the Obama campaign after all the mass shootings during his presidency. Maybe he should focus his efforts on the rest of this list instead of trying to take away our guns? Seems like a better use of government time.