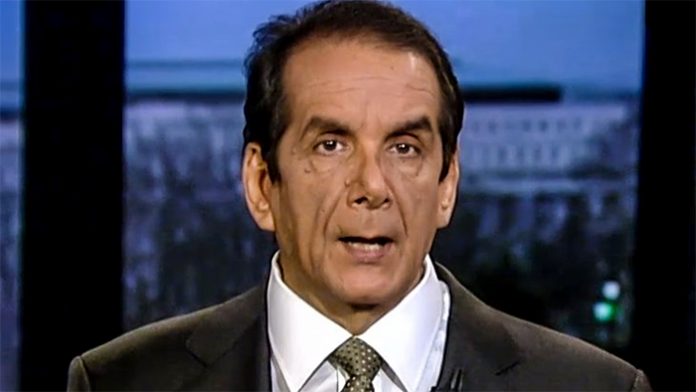 As the Obama Administration ties itself into knots to disavow any knowledge of a pallet of cash being dropped into Iran, while mysteriously being allowed to take our prisoners home, the American public does a collective face-palm.

Not only does Obama not want to flash America’s military might (a military that we’re being charged insane amounts for) to get our soldiers back, but he takes the insane path of negotiating with terrorists, and then lies about it on live TV.

Iran handed over the American soldiers held captive, and Obama’s explanation for the huge crate of money airdropped is that he has no idea what’s going on. Yes, seriously – he likened it to something you’d see in a spy novel, and dismissed it outright, despite it being the obvious ransom payment that it was.

Here’s Obama doing his best to contain the situation, his best being godawful:

Thankfully, we have one hell of a takedown by Fox News’ Charles Krauthammer, a staunch critic of the Obama Administration, and he absolutely obliterates them for this “Ganster-style” deception.

Krauthammer goes after Obama for going behind the country’s back, and trying to cover his tracks when he was caught by the world media. This is just too good of a rebuttal, and I can’t stop cheering. Right on!

A soft spoken man with a razor-sharp argument. My favorite.