Obama thinks he can just dump refugees in our laps? Think again.

Tennessee is set to become the first state to sue the federal government on 1oth amendment grounds, stating that they have passed a resolution to protect themselves. We couldn’t agree more. We hugely support this as president Obama continues to ship in refugees from ISIS lands that cannot be properly vetted. Most of these refugees are young males, not families.

Tennessee has had enough. 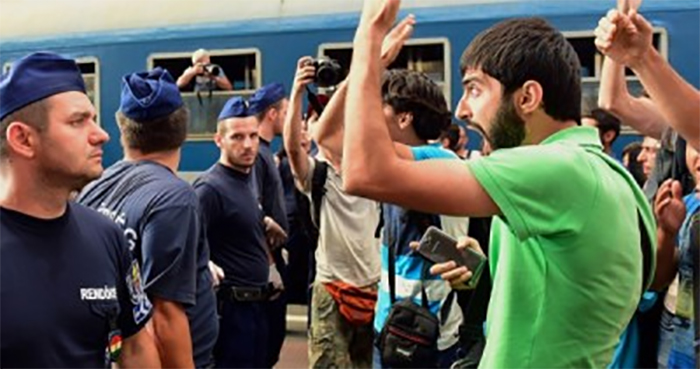 On Tuesday, the Tennessee General Assembly declared it will sue the federal government over its refugee resettlement program on Tenth Amendment grounds. The State Senate passed a resolution authorizing that lawsuit in a 29 to 4 vote one day after it passed the Tennessee House by a 69 to 25 margin.

“Today we struck a blow for Liberty by finally adopting SJR467,” State Senator Mark Norris (R-Collierville), the co-sponsor of the resolution who shepherded it through the State Senate, tells Breitbart News.

“The General Assembly clearly understands the importance of public safety and state sovereignty as demonstrated by the overwhelming support of this Resolution for which we are thankful. The Syrian surge heightens our sense of urgency to get this properly before the courts, and we urge the Attorney General to act without delay,” Norris adds.

Tennessee, which withdrew from the U.S. Refugee Resettlement Program in 2008, will now become the first state to sue the federal government over its operation of the program within the borders of its state on Tenth Amendment grounds. Alabama and Texas are currently suing the federal government over the refugee resettlement program on the narrower grounds that it has failed to comply with the Refugee Act of 1980.

“As a state legislator, it is my duty to fulfill my oath and to exercise Constitutional authority,” House sponsor State Rep. Terri Lynn Weaver (R-Lancaster). “I take it seriously to do all I can to protect the sovereignty of our great state. Either we abide by the Tenth Amendment or we ignore it,” she adds.

YES! We need more states than just these 3 to follow suit. Call your congressman or local representative. We NEED to tell them we will not stand for refugees coming to our country when they could be terrorists in disguise!