This could be what we’ve been waiting for all along!

Hillary Clinton has been dodging questions and giving half answers about her email scandale for months now. Every time we report on this topic, readers get annoyed, we get annoyed, and the American people get annoyed. Why? Because we get news about it just about every week and nothing seems to happen. However, this might FINALLY be the beginning of what we’ve all been hoping for and yelling about in frustration since the news first broke.

According to reports today, 2 Clinton aides are currently being interviewed by the FBI in conjunction with the security of her private email server.

Here’s everything we know thus far. 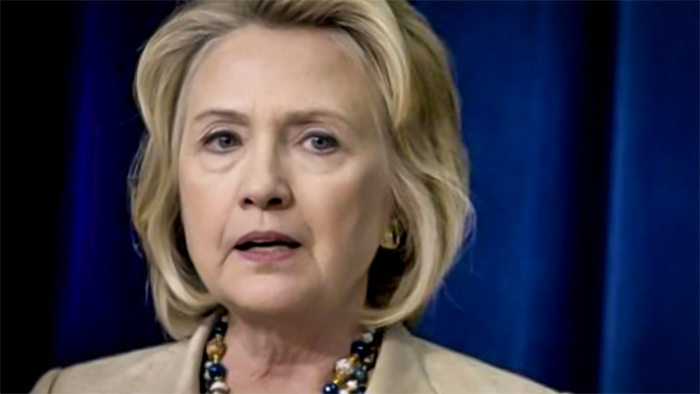 Some of Hillary Clinton’s closest aides, including her longtime adviser Huma Abedin, have provided interviews to federal investigators, as the FBI probe into the security of her private email server nears completion, U.S. officials briefed on the investigation tell CNN.

So essentially that means the FBI will FINALLY be talking to Clinton about this ordeal and hopefully be bringing her to justice for endangering the American people.

The probe remains focused on the security of the server and the handling of classified information and hasn’t expanded to other matters, the officials said. Spokesmen for the FBI and Justice Department declined to comment. David Kendall, an attorney for Clinton, had no comment.

CNN has previously reported that another former Clinton employee, Bryan Pagliano, who helped set up the server has provided documents and other materials as well as interviews to the FBI, under an immunity agreement. FBI officials overseeing the probe now expect to complete their work in the next few weeks and then turn over the findings to the Justice Department, which will make a final decision on whether to bring charges against anyone. Prosecutors from the Justice Department’s national security division and from the U.S. Attorney’s office in Alexandria, Va., have helped coordinate the FBI probe, closely overseeing investigative steps, the U.S. officials say.

One of the final and most anticipated steps in the probe is an interview of the former secretary of state. The fact that Clinton is a presidential candidate active on the campaign trail presents some logistical challenges for the FBI, which has been quietly bringing witnesses into an FBI office without drawing attention.

Clinton’s security is provided by the Secret Service and she’s typically followed by a corps of campaign reporters. The FBI plans to coordinate her interview with her attorneys and security to try to ensure it can be done privately.

But the important thing to take out of this is that Clinton WILL be interviewed and this could lead to prosecution. The FBI has not yet found anything that would constitute a prosecutable offense, but this is the first step we’ve seen that could go in the direction of her getting convicted for all her wrong doings.