What would you think If I told you that the largest social media outlet in the world was attempting to push a liberal agenda and suppress the conservative voice? Would you be mad? Would you share that news with every single person you know? Would you think it’s true?

If your answer was yes to all of the above, then you need to read this. We at YIR pride ourselves in attempting to share with you a Republican and Conservative voice that’s all but squelched out in the mainstream media. The Liberal bias is real and on TV especially, outside of Fox News, our voice is all but a whisper. Thus, we turned to the internet where our messages can be heard by many more millions of Americans and Conservatives the world over. Apparently, that voice, the true voice of Republican America is trying to be snuffed out.

According to an exposé published by tech blog Gizmodo just this morning, we have confirmation that Facebook routinely favors Liberal news when compared to the Conservative side. How do we know this? A former Facebook employee just spilled all the beans and the Conservative community should be absolutely OUTRAGED! 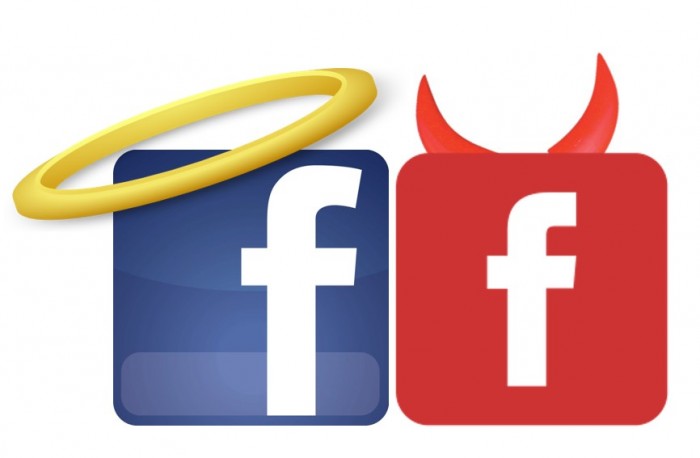 Facebook workers routinely suppressed news stories of interest to conservative readers from the social network’s influential “trending” news section, according to a former journalist who worked on the project. This individual says that workers prevented stories about the right-wing CPAC gathering, Mitt Romney, Rand Paul, and other conservative topics from appearing in the highly-influential section, even though they were organically trending among the site’s users.

Several former Facebook “news curators,” as they were known internally, also told Gizmodo that they were instructed to artificially “inject” selected stories into the trending news module, even if they weren’t popular enough to warrant inclusion—or in some cases weren’t trending at all. The former curators, all of whom worked as contractors, also said they were directed not to include news about Facebook itself in the trending module.

In other words, Facebook’s news section operates like a traditional newsroom, reflecting the biases of its workers and the institutional imperatives of the corporation. Imposing human editorial values onto the lists of topics an algorithm spits out is by no means a bad thing—but it is in stark contrast to the company’s claims that the trending module simply lists “topics that have recently become popular on Facebook.”

Strike three, and you’re out. This is an extremely accusatory and inflammatory article, but it’s something that needs to be brought to light. Here’s what may have happened form the source.

“Depending on who was on shift, things would be blacklisted or trending,” said the former curator. This individual asked to remain anonymous, citing fear of retribution from the company. The former curator is politically conservative, one of a very small handful of curators with such views on the trending team. “I’d come on shift and I’d discover that CPAC or Mitt Romney or Glenn Beck or popular conservative topics wouldn’t be trending because either the curator didn’t recognize the news topic or it was like they had a bias against Ted Cruz.”

The former curator was so troubled by the omissions that they kept a running log of them at the time; this individual provided the notes to Gizmodo. Among the deep-sixed or suppressed topics on the list: former IRS official Lois Lerner, who was accused by Republicans of inappropriately scrutinizing conservative groups; Wisconsin Gov. Scott Walker; popular conservative news aggregator the Drudge Report; Chris Kyle, the former Navy SEAL who was murdered in 2013; and former Fox News contributor Steven Crowder. “I believe it had a chilling effect on conservative news,” the former curator said.

Another former curator agreed that the operation had an aversion to right-wing news sources. “It was absolutely bias. We were doing it subjectively. It just depends on who the curator is and what time of day it is,” said the former curator. “Every once in awhile a Red State or conservative news source would have a story. But we would have to go and find the same story from a more neutral outlet that wasn’t as biased.”

Stories covered by conservative outlets (like Breitbart, Washington Examiner, and Newsmax) that were trending enough to be picked up by Facebook’s algorithm were excluded unless mainstream sites like the New York Times, the BBC, and CNN covered the same stories.

People of the Republican party, Conservatives in America and throughout the world, hear me now: we NEED to share this and every Conservative news story we see. If this is the way they play it, we have to get our voice out there and heard! That is the only way to have a truly fair and balanced view point on any and every topic. The phrase “Fight Fire With Fire” has never been more appropriate.

Get this out there, spread the word, and continue to make sure our voice is heard!