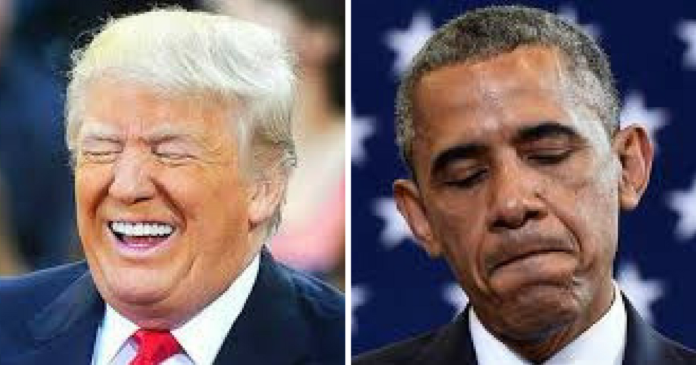 It’s hard to stomach the Soviet-level propaganda that the Left foists upon the public on a daily basis. It’s truly a miracle that a person like Trump was able to become president considering all of the seemingly insurmountable roadblocks put in his way by the powers that be.

The negative coverage has continued every day of his presidency, but that hasn’t stopped Trump from pushing his agenda and doing a lot of what he promised–winning.

As reported at the Gateway Pundit, despite dealing with the Deep State and media’s wolf-crying over Russia, and the constant lies and insanity surrounding the coverage of the immigration debate, Trumps latest approval ratings are higher than Obama’s at this time in his presidency.

The latest Rasmussen tracking poll for Wednesday shows that Trump has a 48 percent approval rating among likely US voters. While slightly below a majority, it’s remarkable that it’s even in double digits, considering the powers that have tried to undermine him at every turn.

The poll numbers include 34 percent who strongly approve of the job he’s doing and 42 percent that strongly disapprove. This leaves him with a Presidential Approval Index of -8, which is higher than Obama’s at the start of his second year in the White House.

Obama boasted a 44 percent approval rating back on February 7, 2010.

Related to Trump is the public’s perception about the increasingly obvious attempt by the FBI to bring the president down by exaggerating the Russia claims. Before the White House released the Nunes memo last Friday, which shows Robert Mueller’s investigation into the Russia allegations is based upon a lie, 49 percent of the public agreed that a special prosecutor should be appointed to deal with the politicization problem at the FBI if all the evidence of bias is true.

While overall, the numbers are great, they prove that Trump’s agenda is resonating with the public. If half of the country supports Trump despite all the left-wing propaganda being pumped out via Hollywood, commercials, music, news, television, etc. then just imagine how much higher they’d be in a country where a sane and rational media existed.