This one you’re going to want to share everywhere! I already have!

News outlet WND has named Donald Trump their Man of the Year, and we couldn’t agree with them more! Trump is a polarizing figure and has been ever since he announced his run to the presidency. We’re huge fans, but WND is as well. 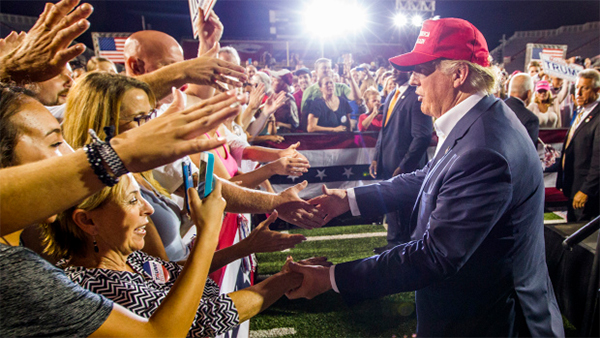 They treated his campaign announcement as a joke. They tried to destroy his business. They called him every foul name they could come up with. But at the end of 2015, the biased journalists, political consultants, leftist activists, snarky comedians and embittered critics of every stripe had to concede one man had beaten them all.

Donald J. Trump is the Republican favorite for president of the United States. There’s no indication he’ll fall from the top spot any time soon. And he’s the WND 2015 Man of the Year.

And he even issued a statement to WND!

“It is my great honor to be named Man of the Year by your publication,” Trump said in a statement to WND. “I very much appreciate your informative polls and coverage. Together, we will Make America Great Again.”

We support you Mr. Trump. We also salute WND for their excellent pick in this matter. Trump 2016!
(Source: WND)