Donald Trump is a man of passion and principle, but he’s also a man of fairness and sportsmanship. That’s why in anticipation of the upcoming Republican debate, Trump uncovered the fact that a sponsor was backing one of the candidates, which means that they had an unfair advantage and the people wouldn’t get a fair shake as far as what they’re seeing.

Thankfully, Trump reported the sponsor and they were pulled from the show, allowing the debate to go on, in a fair and balanced way. 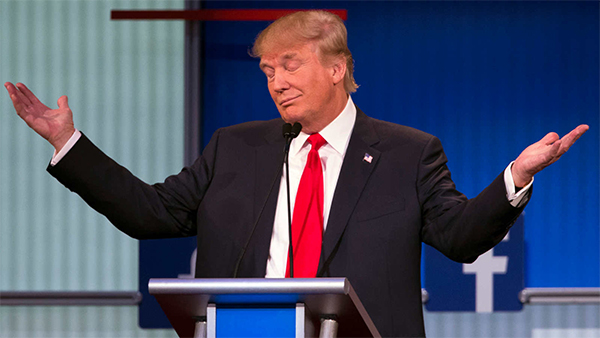 Donald Trump is claiming another political win: Removing the New Hampshire Union Leaderfrom co-sponsorship of a debate in the Granite State.

The Union Leader and ABC News have split because the newspaper has endorsed one of the candidates in the Republican race, New Jersey Gov. Chris Christie, creating what Trump called a conflict of interest in co-sponsoring a Feb. 6 debate in the state.

“This is really unfair and a conflict for all the other candidates,” Trump tweeted. “I said it should not be allowed and ABC agreed.”

This is the kind of President we need – not just one that cares about whether he gets ahead, but one that cares more about other people and the country in general. Let’s make America great again!