When it comes to do-as-I-say-not-as-I-do Bernie Sanders, every time he speaks he moves the crazy needle over one peg. Bernie, for the longest time, has advocated for a $15 minimum wage that will apparently take people out of poverty by making their employment more expensive, forcing businesses to cut hours and increase costs. He clearly has no understanding of how the economy works – or does he?

On Sanders’ website, he has internships opportunities listed, and here’s what he proposes to pay as an hourly wage for his interns: 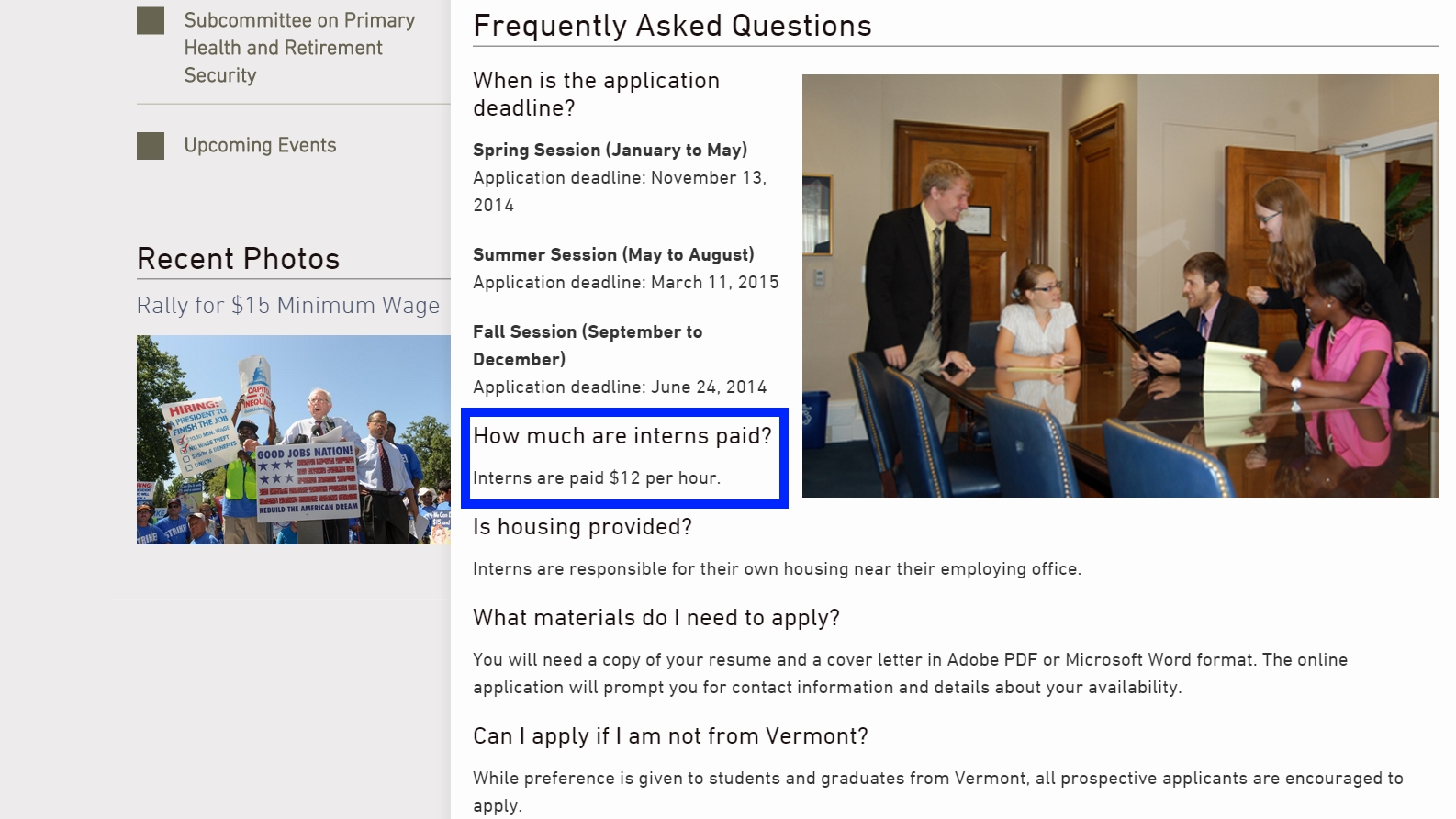 So, either Bernie understands that paying someone $15 an hour for unskilled menial tasks doesn’t work, or he’s just too stupid to realize that a paid internship is a job. If he goes the “they’re not supposed to live off this” route, then the same could be applied to minimum wage labor. He simply can’t have it both ways.

The best way to solve the issues of wage? Let businesses and employees decide on what’s best for them. When the government steps in, it can never be good for anyone.