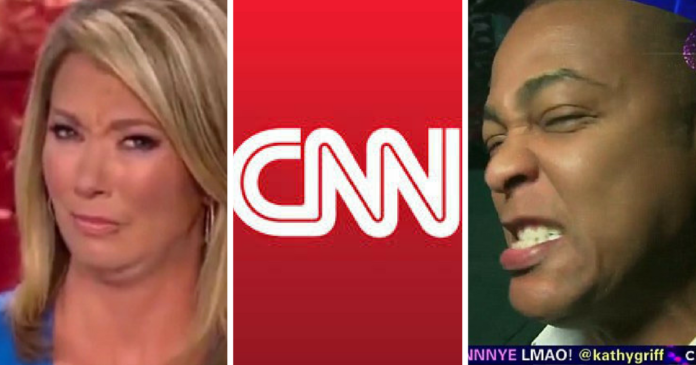 The anti-Trump angle is played out, it’s boring people. Ratings are plummeting because people are sick of fake news. Those that do have a taste for anti-Trump nonsense are tuning in to MSNBC instead.

Breitbart reports: “The third week of May is already looking like it could be even worse for CNN. On Monday, despite the massive news surrounding the opening of the American embassy in Jerusalem, CNN averaged a dismal 643K total day viewers, compared to Fox and MSNBC’s 1.76 million and 1.13 million, respectively.”

It’s been an incredibly busy news cycle. CNN should be gaining viewers not losing them. Fox News and MSNBC are both thriving. People are glued to Fox because they care about actual news and they’re watching MSNBC because the network’s shrill tone is oddly resonant with liberals.

CNN’s mistake is that its pundits focus on frothy nonsense. Stormy Daniels’ lawyer Michael Avenatti seems to have a permanent position at the network. Newsbusters found that: “In less than two months (from March 7 to April 30), Avenatti has been a guest on CNN a total of 59 times – an average of more than once per day.”

That’s an incredible amount of airtime for the network to devote to someone who isn’t politically relevant. CNN presents itself as a news channel yet it focuses on tawdry gossip. The network would be more successful if it abandoned the pretense of delivering serious news and admitted that it was the political equivalent of a tabloid.

CNN’s rating problems have existed for a long time. If anyone who worked at the media company cared about its future they would revamp its shows and fire the unpopular anchors. Instead, it looks like CNN is comfortable being number 3.