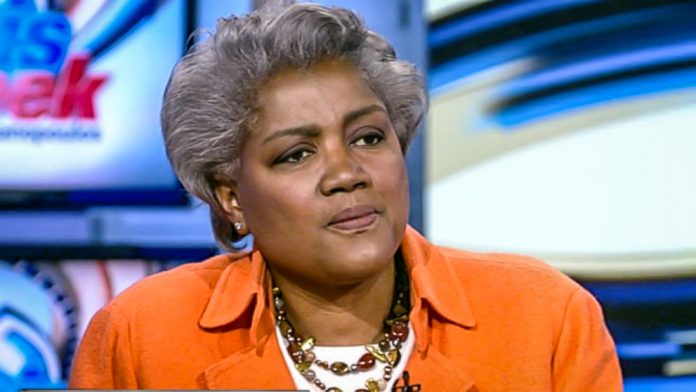 It seems as though the crap has officially hit the fan for the Hillary Clinton campaign, and we couldn’t be more thrilled. Seriously, you couldn’t make up a more perfect story.

Donna Brazile, Chair of the DNC after the disgraced Debbie Wasserman-Schultz, was caught, surprise surprise, rigging the outcome of the election in Hillary Clinton’s favor. For the Democrats that are surprised, I can assure you that you’re well on your way to learning the truth. For everyone else, welcome to confirmation to what you already knew for years, that the Democratic party is nothing but a bunch of liars, thieves, and hacks that don’t care about laws, as long as they get power and money from the right people.

CNN says it is “completely uncomfortable” with hacked emails showing former contributor and interim DNC chair Donna Brazile sharing questions with the Clinton campaign before a debate and a town hall during the Democratic primary, and has accepted her resignation.

Hacked emails posted by WikiLeaks show Brazile, whose CNN contract was suspended when she became interim DNC chair over the summer, sharing with the Clinton campaign a question that would be posed to Hillary Clinton before the March CNN Democratic debate in Flint, and sharing with the campaign a possible question prior to a CNN town hall also in March.

In a statement, CNN spokeswoman Lauren Pratapas said that on Oct. 14, the network accepted Brazile’s resignation.

“On October 14th, CNN accepted Donna Brazile’s resignation as a CNN contributor. (Her deal had previously been suspended in July when she became the interim head of the DNC.) CNN never gave Brazile access to any questions, prep material, attendee list, background information or meetings in advance of a town hall or debate. We are completely uncomfortable with what we have learned about her interactions with the Clinton campaign while she was a CNN contributor,” Pratapas said.

Here is the damning email in question:

Hillary’s campaign is falling apart at the seams, and America is cheering on its downfall. Share this everywhere to prove that the last thing we want is another corrupt politician in the White House.