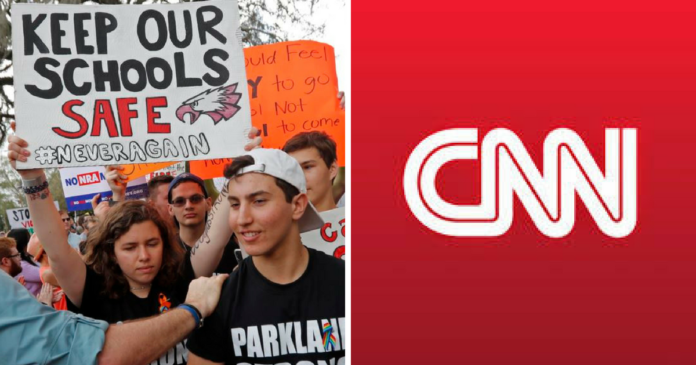 CNN is trying to capitalize on the recent school shooting tragedy. The network was caught lying on air about the number of school shootings that have rattled the country in the past decade. During a live broadcast, CNN showed a graphic claiming that there had been 288 school shootings. However, they didn’t justify the number at all.

CNN’s “methodology” is pretty dubious. In order to pad their numbers, the network is including things like gang fights and domestic violence. They’re even including incidents that didn’t involve students.

The term “school shooting” conjures up a specific idea. A spat between two students and a BB gun where no one was injured doesn’t count. Except at CNN.

Why is the network so intent on lying? It might because their ratings are slipping and the hosts can’t think of any other way to hold on to viewers. Whatever the reasoning, it’s sick.

Texas Gov. Greg Abbott held a roundtable discussion this week to discuss school shootings and what his administration plans to do stop them.

“We want to hear from everybody who has an interest in what has happened today so we can work together on putting together laws that will protect Second Amendment rights but at the same time ensure that our communities and especially our schools are safer places.”

Abbott is planning on real change. CNN, meanwhile, is trying to promote hysteria.