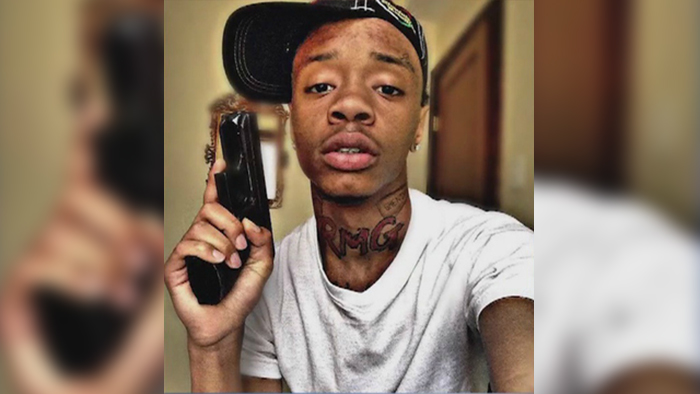 Yeah, I can’t make this up. It’s finally reached epic proportions of stupidity.

Here’s are the broad strokes of this latest shooting involving a “boy” that “didn’t do nothing” according to the community and Black Lives Matter.

In Obama’s backyard of Chicago, a 16-year-old names Pierre Loury was shot by police after pointing a gun at law enforcement in an altercation. A gun was recovered at the scene, but protesters are claiming that this was an act of vile racism and that justice must be dealt.

According to Fox 32 Chicago,

There is outrage after Chicago police shot and killed a 16-year-old boy.

In Homan Square on Monday night, police pulled over a car that was connected to an earlier shooting. Police say Pierre Loury jumped out and an officer chased him.

Police say Loury then pointed a weapon at the officer and that is when he was shot. But a witness claims he saw officers “high five” each other after the teen was gunned down.

And now, protesters are demanding justice. A group held a vigil at the scene of the shooting and then marched onto the Eisenhower.

Even though the facts of this case are still far from clear, there are those on the side of Loury who claim this was not a justified shooting, despite what police say that he pointed a gun at an officer, and that the gun was recovered at the scene.

It threatened to turn ugly Tuesday night as protesters loudly and angrily confronted police in front of the station where the officers involved in the chase and shooting work. Police managed to keep order and move the protesters down the street.

Earlier, several hundred people marched down the alley to the spot where Loury was shot and killed as he ran from a police stop a block away.

“We do believe that this individual turned and pointed the handgun at the officer the handgun was recovered at the scene where the young man was shot,” said 1st Deputy Supt. John Escalante.

Police radio transmissions captured the intensity of the moment, and a neighbor facing the alley posted a video on Facebook of the scene shortly after the chaotic moment.

Loury’s mother, overcome with emotion, joined the vigil as supporters chanted against police and in support of Loury.

So, instead of being glad that another gangbanging thug is off the street before he went and killed an innocent person, the community retreats to their safe spaces and enable the chip on their shoulders that say that they’re being oppressed by police.

Democrats and liberals will entertain this idea because they don’t give a crap about the black community and want black voters in poverty and crime-ridden areas. The rest of us know that in order to get people together to rally behind a cause, they have to know the facts about an issue and how to prevent it. In this case, we need more cops patrolling black communities – not less, and we need more judgement of fatherlessness in the home, not less.
Only then can black communities, which have disproportionate numbers of these types of crimes, get better. Marching on city hall with tears in your eyes looks good for the mainstream media, but it does nothing to solve actual problems. Who’s with me?