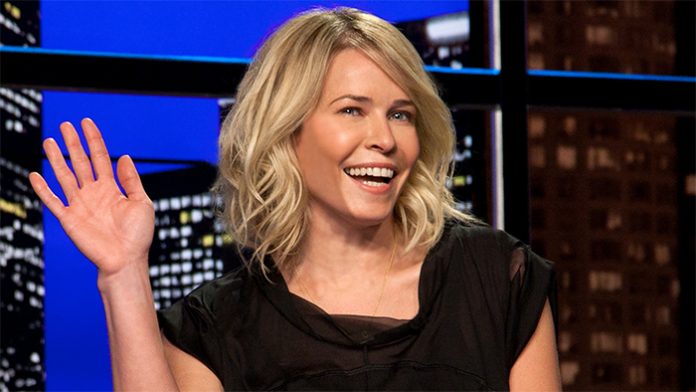 Sometimes the never-Trump liberals come up with a reasonable argument that might appeal to their audience. And sometimes they just try a little too hard and make themselves look like idiots. It’s pretty safe to say that the latter is the case with comedian and alt-left Hollywood elite Chelsea Handler.

Her most recent pot shot at the President is in the form of apparel that will let the world know that she’s against the President (literally, she’s trying to tell the whole world with one shirt). Handler got her hands on a shirt that says “sorry about our President” in at least 14 different languages. Apparently looking like an idiot in just one language just wasn’t enough for this over achieving liberal.

The shirt I wear for travel. pic.twitter.com/1JPvCjFxYw

Well, apparently she is at least claiming him now, so that’s something. The wonderful world of Twitter just couldn’t let this go by and they had a few things to say about it.

Yeah, that was the look on my face when I saw it.

would be good 5 years ago, too

Should read, "Sorry the DNC cheated Bernie and HRC haters voted for Trump."

I’m cool with that. How about you guys? A win is a win.

TRAVEL ? we thought you where going to travel when trump got elected. LIKE LEAVING THE COUNTRY

Yeah, what about that trip? No fair teasing us like that and then not following through.

And my personal favorite . . .

She’s probably not, but ya know, a girl can dream.
(H/T: Twitchy)