No one saw this coming. Off the coast of Oahu, two Marine Corps helicopters went missing about two and a half miles off the shore of the island.

The only indicator as to what may have happened is the fiery debris field and life raft found in the area where the helicopters may have crashed into one another. There are no indicators of any survivors, or how many perished.

While there are no indicators that this was a planned attack or simply an accident, nothing is being ruled out. Coast Guard has dispatched rescue boats and aircraft to the area, but nothing and no one has yet surfaced to give an account of what happened. 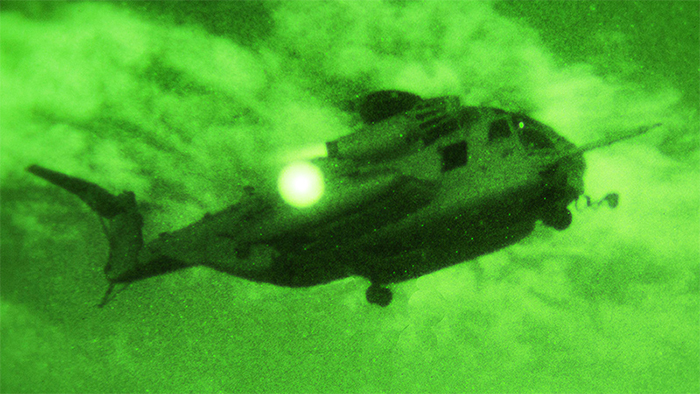 Reports indicate that the two helicopters are thought to have collided while operating in the dark. Both were based out of MCAS Kaneohe Bay, and each helicopter was carrying six people. Potentially complicating search and rescue efforts are massive waves along Oahu’s North Shore, which are forecast to be the biggest of the season, raising between 30 and 40 feet today.