As the day rolls on, more and more heated back and fourth continues to happen between Turkey and Russia.

As we now know, Turkey shot down the Russian fighter jet last week after initial reports said it was radical islamists with a ground-to-air rocket. Instead, Turkish forces shot the Russian jet out of the sky in an act of “defense.” Well apparently Turkey doesn’t really care and isn’t apologizing at all. 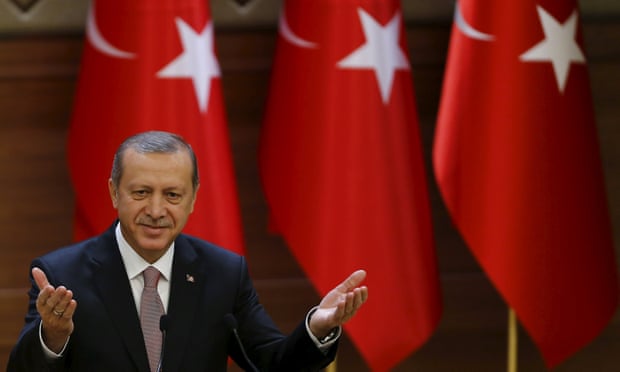 Ankara will not apologise for downing a Russian fighter jet on the Syrian border but Moscow should reconsider retaliatory sanctions, the Turkish prime minister has said.

Ahmet Davutoğlu said: ‘Protection of our airspace, our border is not only a right but a duty for my government and no Turkish premier or president … will apologise [for] doing our duty.’

Turkey continues to be defiant towards Russia despite Russia saying that there will be severe consequences for this “stab in the back.”

Let’s not forget who is making a difference in the fight against ISIS: Russia, not Turkey. Turkey could be harboring radical islamists as we speak and Russia might be bombing them next!