As we slept last night, Russian police forces raided a suspected ISIS hideout in the North Caucasus where they neutralized 11 ISIS sympathizers. Oh, and by neutralized, I mean lit them up and killed all 11 in an exchange of gunfire.

This shows that no matter where ISIS is, Vladimir Putin and the Russian military and police forces  are going to go anywhere humanly possible to wipe out the human scumb. 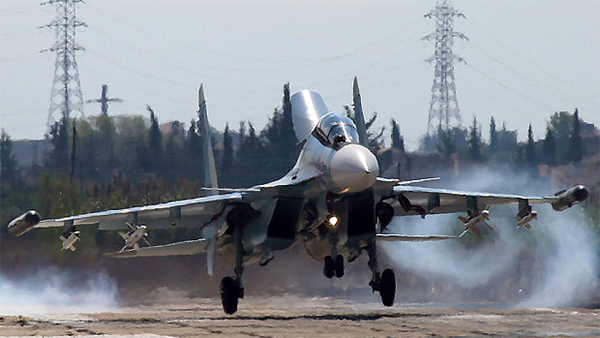 The reinforced base in a wooded, mountainous area on the outskirts of Nalchik, the capital of the Kabardino-Balkaria republic, contained a workshop for producing explosive devices and a stockpile of weapons and ammunition, the National Anti-Terrorist Committee said in a statement. It said all 11 militants were killed after opening fire on the officers and using grenades, while there were no fatalities among the officers.

Wow. No fatalities for the forces going against ISIS? That is impressive.

An Islamic insurgency has long simmered in the predominantly Muslim North Caucasus republics of southern Russia. The agency said the group of militants killed in Sunday’s raid were allied with IS and had helped to send local residents to Syria to fight with IS. They also were preparing to carry out attacks in the North Caucasus, the agency said. It said two completed explosive devices were found in the hideout.

Russia wins again! Putin shows why he is a world leader that should be respected and feared by the enemy, while Obama sits idly by and doesn’t take action when the opportunity present itself. Go Russia go! Take out ISIS and save the world from this scourge.