The disaster that occurred in Paris almost happened again today, in Hannover, Germany, right before a soccer match was due to begin.

Fortunately, due to great police work, all explosive materials were found and no one was hurt, with the entire stadium evacuated. 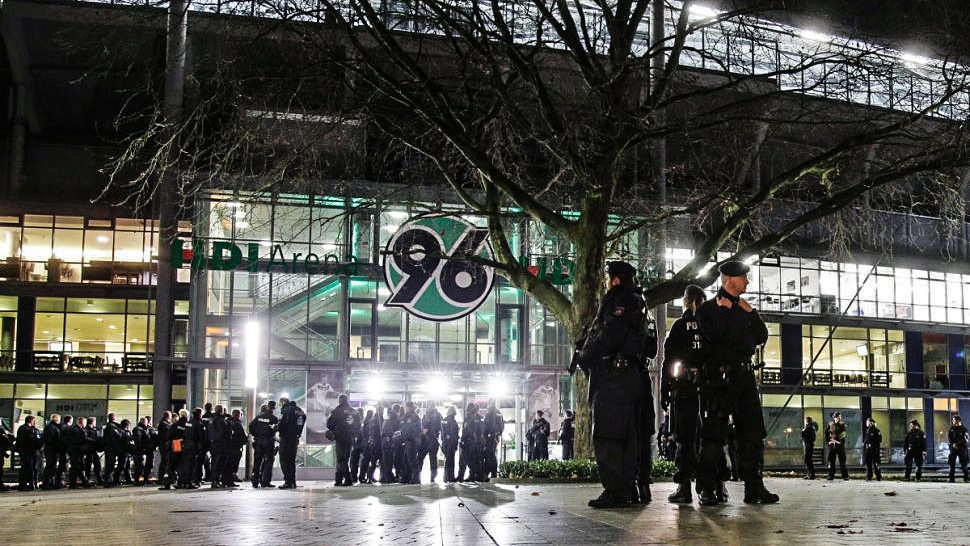 According the NY Daily News,

Authorities also cleared the TUI-Arena, with a performance planned by German band Söhne Mannheims, but did not say if there was a serious threat there.

The Germany-Netherlands friendly game hadn’t even started when authorities sealed off the HDI-Arena due to a “suspicious object,” police said.

Police deemed it a false alarm and eventually let cheering fans into the stadium, which was crawling with machine gun-toting cops.

But police then ushered everyone outside, and later called off the game.

This report is backed by twitter accounts of the event:

“There were serious plans to bring something to explode,” police chief Volker Kluwe told reporters. A warning came to police just 15 minutes before the stadium gates opened, he said.

he German newspaper Kreiszeitung reported officials found an ambulance stuffed with explosives outside the stadium.

Hanover is about 775 miles northeast of Paris, where ISIS terrorists killed at least 129 people in a series of shootings and bombings Friday night.

It is important to note that the above reports have not yet been confirmed.

No matter what, we must all keep our eyes open and say something to the ones that can do something about it. We can’t let this stand. I’m glad no one was hurt, but I shudder to think when the next horrific news story will come from.