Here’s the smoking gun people. Hillary did not act when prompted to do so and lives could have been saved in Benghazi.

A new set of emails was released yesterday and as the FBI parses through each and every one of them, they came across arguably the most troubling exchange yet. According to the documents, the pentagon was poise to send military help after the first blast during the Benghazi raid. All they needed was a sign off to go from the state department. Clinton was the head of the state department at the time. And the rest is history. 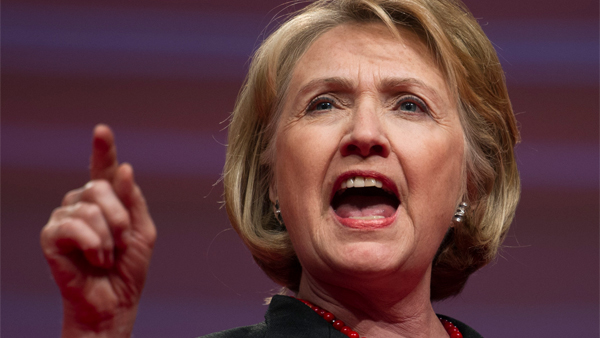 And the email, addressed to “State colleagues,” reads: “I just tried you on the phone but you were all in with S [apparent reference to then-Secretary of State Hillary Clinton]. After consulting with General Dempsey, General Ham and the Joint Staff, we have identified the forces that could move to Benghazi. They are spinning up as we speak. They include a [REDACTED]. Assuming Principals agree to deploy these elements, we will ask State to procure the approval from host nation. Please advise how you wish to convey that approval to us [REDACTED].”

Judicial Watch issued a scathing assessment of the new email, making clear in just a few short words how it indicates American lives could have been saved had the White House and State Department acted in time.

“[The email] leaves no doubt military assets were offered and ready to go, and awaiting State Department signoff, which did not come,” the watchdog nonprofit reported.

So there you have it. Hillary Clinton has American lives in her hands and did nothing. She got the email, saw it, and put her phone down. To me, this is a confirmation that she was responsible for the deaths of at least 2 of the 4 killed in Benghazi.

Both Clinton and Leon Panetta, who served as CIA director from 2009 to 2011 and as secretary of Defense from 2011 to 2013, said the United States did not immediately unleash a military strike against the Benghazi attackers because no U.S. forces were available in the vicinity to deploy.

Just another liberal lie. One that is on the increasing pile of lies that will be the downfall of our country unless we right the ship immediately!
(Source: WND)