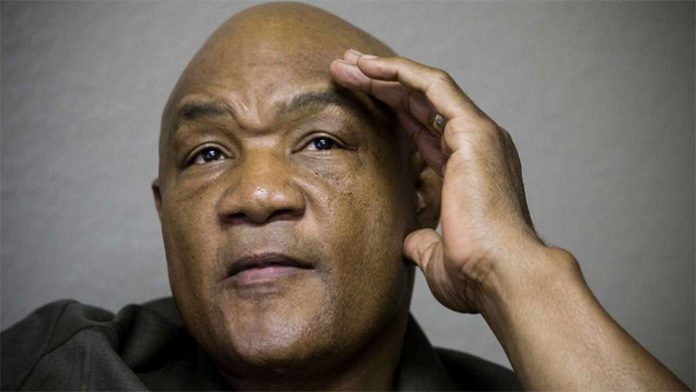 The Democratic National Convention is currently under way and over the course of the next 2-3 days, they will be parading out “victims” of police violence. This will undoubtedly be a plea to snag the Black American vote. Black Lives Matter will also love this as their race baiting ideology gets put front and center.

Here’s the problem. Not all people are on the side of BLM, which is something the Democrats wouldn’t like you to hear. Yet, it’s true. Countless celebrities and politicians are coming to the defense of the police and denouncing BLM on the whole. Now one of the biggest names in the black community, former heavyweight champion and activist George Foreman, has a message for BLM and those asking about the plight of the young black man in our society.

What he said should be a wake up call for everyone.

In case you couldn’t hear, here’s exactly what he said:

Everyone is going to have to have an opportunity to search it out for themselves, and the conclusion is: if you love your country, you make it a better place. If you love it. It’s like every year, you’ve got to go out in the farm and cut hay and pack it away. There’s no one-year fix-it, and it’s going to be fixed forever. I fell in love with this country, and just think all things are possible.

Foreman brings up a point that we should all take a note from, especially those in Black Lives Matter, which is that this country gives us so much opportunity and so many are squandering it. Those in BLM choose to blame society for their problems. It’s not society, it’s you. You hold your own destiny in your hands. The police aren’t holding you back, you are. Make something of your lives. This country says you can! You don’t live in a dictatorship where just speaking out against the regime can get you killed.

His message in a nutshell is something we should all preach every day: Shut up, work hard, and prosper as America is amazing!