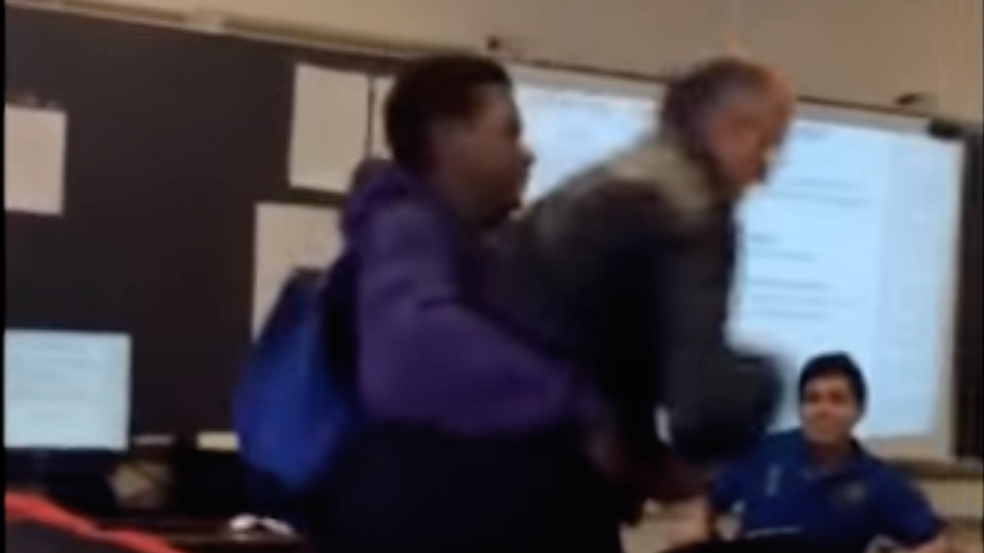 It’s dangerous and basically says that black teens are so disadvantaged that they can never do any wrong, no matter what the situation. Trayvon Martin was “just walking home” when he was shot, instead of the truth, where he beat a man half to death. Michael Brown was called a “gentle giant” by the media before it came out that he robbed a convenience store, was on drugs, and assaulted a police officer with a deadly weapon.

And recently, the report that a South Carolina police officer used excessive force in subduing a girl in a classroom when she refused to comply with anything or anyone, going as far as to raise her fists to the officer.

Well, today our story, that isn’t making the rounds in mainstream liberal media, is about a teen in Paterson, NJ that got his phone took away and felt it necessary to body slam the 62 year old teacher. The teacher was white, the teen was black. Is this evidence of an epidemic, or is this a case of the parents not giving enough of a damn to teach their kids that they should respect the people that are trying to teach them about the world?