Co-founder of Toronto’s Black Lives Matter chapter Yusra Khogali has labeled white people as having  “recessive genetic defects” and proposed how the race could be “wiped out” on what appears to be her Facebook page.

Khogali has come under increased scrutiny recently after the BLM movement in Toronto gained influence.  She has a history of initiating confrontation and encouraging her followers to “rise up and fight back” against political party platforms in Canada.  While one might hope she means in the form of peaceful protest, her actions haven’t seemed to reflect that sentiment.

Her militancy has grown in recent months with comments like “Black people simply through their dominate genes can literally wipe out the [white] race” and “white skin is sub-humxn.”  I must have missed that lesson in bio class, just as she must have missed the spelling lessons. 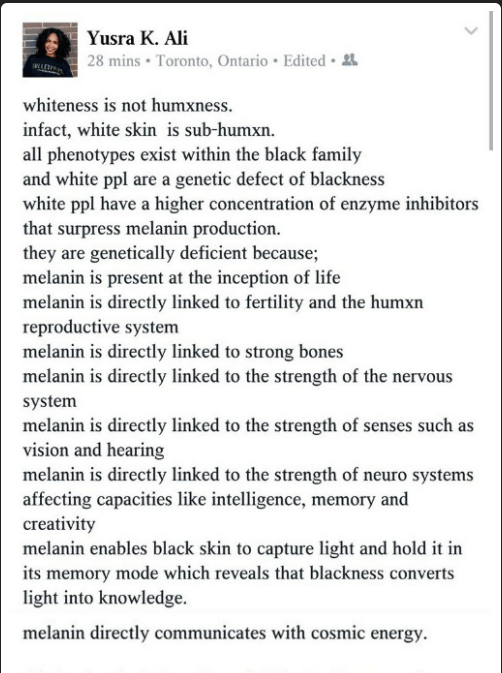 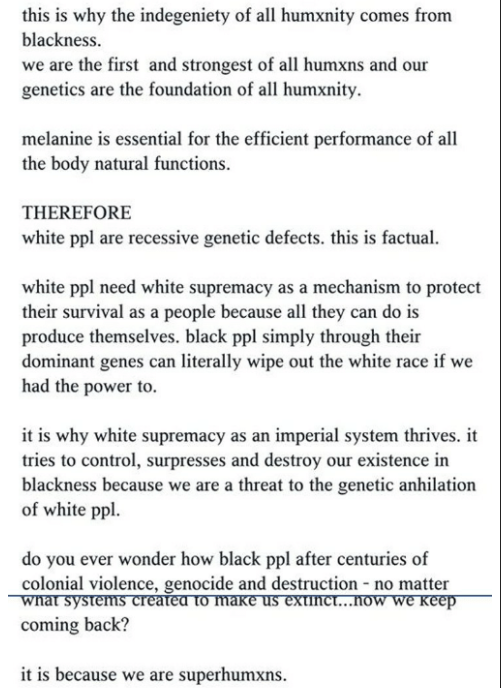 The Toronto BLM website claimed that their goals are to “dismantle all forms of state-sanctioned oppression, violence, and brutality committed against African, Caribbean, and Black cis, queer, trans, and disabled populations in Toronto.”

They conspicuously left out the part where they planned to annihilate the white race.