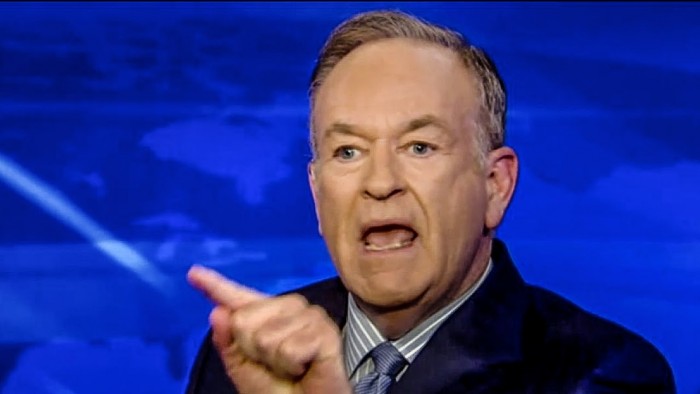 Oh man, Bill O’Reilly just did it again. When you really need and epic truth bomb to put a cherry on top of a national tragedy, O’Reilly is who you call. This will put and end to all talk of the Orlando shooting once and for all.

After Omar Mateen murdered 49 people in a Florida night club, the Democratic left used and abused the opportunity to continue their self-righteous attack on guns and gun owners. But O’Reilly saw right through their thinly veiled attack on Republicans and exposed them for the frauds they are.

O’Reilly described how this past weekend, 13 people were shot to death in Chicago and 43 others were wounded, including a 3-year-old boy. He said that brings the total number of people shot so far this year in Chicago up to 1,800 individuals.

“Paging Congressman Clyburn. Come on. If he were truly concerned about guns in America, he would have to say at least something about his fellow African Americans being shot down in Chicago every single day, and it’s been going on for years,” O’Reilly said.

The Fox News host then argued his main thesis as to why Clyburn and some liberals downplay the terror threat and push gun control instead.

“The reason Clyburn brought up guns in connection with Orlando is because the Left, in general, doesn’t want the American people to focus on the danger from ISIS overseas. That’s a Muslim hate group. They don’t want to bring Muslims in at all,” O’Reilly said. “It doesn’t play into the narrative of the far Left, who generally believe that America is the source of much of the trouble in the world.”

“So they constantly push a point of view that demonizes the U.S.A. as a bad place, an unfair place,” O’Reilly continued. “Forget about ISIS; it’s all about America. Allowing guns to kill people. Refocusing the overseas terror problem on the U.S.A. is a strategy by the far Left.”

“Summing up,” O’Reilly concluded, “thousands of African Americans being gunned down by other African Americans in Chicago, which has very, very strict gun control laws. And Congressman Clyburn has no comment on that, yet he has plenty to say about guns, not ISIS being the real problem in Orlando.”

I mean amen to that. Seriously and truly. Bill O’Reilly just dismantled the whole argument once and for all. If you agree with what Bill said, share this with every American and put your voice behind his!