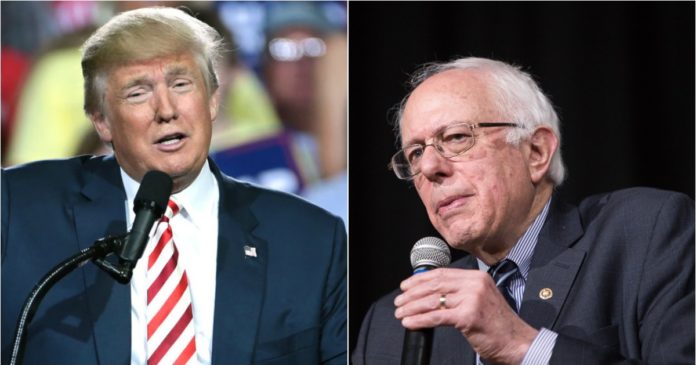 “The Democratic Party has done a very poor job of bolstering people’s confidence and self-esteem, and that has significant consequences when it comes to reaching out to low-income and working-class people,” Sanders said.

“When Hillary Clinton used the word ‘deplorable’ that had a significant effect on so many people. They basically said ‘We understand that Donald Trump is not a nice guy, but he is one of us.’ He said ‘Yes, I know I’m a billionaire, but I’m like your weird uncle. I’m not politically correct and I’m not judging you’ and that’s the key.”

Clinton was perhaps one of the most unlikeable political candidates in history. She was a perfect politician on paper yet that couldn’t translate into votes. She was too cold, too superior. Trump, by contrast, makes people comfortable. A working-class man or woman doesn’t feel embarrassed when they listen to Trump.

“Trump has done an incredible job in saying, ‘Listen, you don’t really need to make more money. I’m not going to raise your minimum wage but I’m going to make you feel good about yourself – the Democratic Party has taken away your self-esteem and your self-worth’,” Sanders said.

“If you take someone’s self-esteem away you are done, but you can take away someone’s money.”

Don’t expect the rest of Sanders’ party to pay attention to what he says. They like feeling superior. Trump voters are STILL being painted as ignorant buffoons, people who are too stupid to know what they really want.

The Democrats’ snotty attitude will hurt them in the upcoming midterm elections. The predictions of a blue wave don’t seem very realistic anymore.