Hey Hillary, Bernie, and all of the GOP, read this and tell me that Trump’s stance on illegal immigration is still wrong. If you do, you’re not fit to run this country.

Reports are coming in of an illegal immigrant going on a killing spree, murdering 5 Americans in Kansas. What’s just as disturbing is how this illegal came to be free in Kansas in the first place.

Apparently, this illegal was released by the police in September of 2015, not to mention deported by feds in 2004. With Obama’s revolving door policies, sanctuary city policies, and extremely lax enforcement of illegal immigrant criminals, the fault lies entirely with the Administration for failing to act.

Remember when conservatives said Kate Steinle was only the beginning and Obama ignored it? 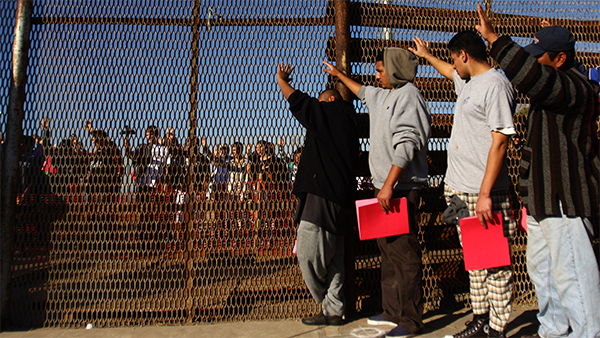 Missouri Highway Patrol officers said to the Kansas City Star that Pablo Antonio Serrano-Vitorino was arrested in Montgomery County, Missouri, near a ditch by Interstate 70.

Fox News reported Serrano-Vitorino is believed by law enforcement to have murdered four men earlier this week at his neighbor’s home in Kansas City. Police also think he shot and killed a 49-year-old man named Randy Nordman in Montgomery County.
Immigration and Customs Enforcement officials put out a statement about Serrano-Vitorino that confirmed he’s a Mexican national, in the United States illegally. The statement also specified Serrano-Vitorino had been detained at Kansas Municipal Court on September 14, 2015, for driving without a license, where fingerprinting showed he was wanted by ICE. But the federal agency “erroneously issued [the detainer document] … to the Johnson County Sheriff’s Office, instead of the Overland Park Municipal Court” where he was actually incarcerated, authorities said, and he was let go, Fox News reported.
The Department of Homeland Security, meanwhile, said Serrano-Vitorino was allowed to go free and ICE was never notified.

This is exactly why Trump needs to be our President. We cannot have errors like this or dangerous illegal criminals in our borders, just lying in wait to murder innocent Americans!
(Source: WND)