An illegal Mexican immigrant, a radical Muslim and Donald Trump were walking together on a beach in Florida when the Mexican stumbled over a bottle in the sand.

He picked up the bottle, rubbed the sand off it, and a genie appeared.

“I can only grant three wishes,” the genie said. “Since there are three of you, you may have a wish apiece.”

Pointing at the Mexican, he said, “Since you found the bottle, you may have the first wish.”

The illegal immigrant said, “This country is racist against my people! It’s time to take everyone of Mexican descent that came to this country illegally back to our homeland, where we can finally be happy and live in peace!”

The genie clapped his hands and the illegal immigrant was transported to Mexico with millions of his people.

Turning to the radical Muslim, the genie asked, “And what is your wish?”

The radical Muslim said, “This country is bigoted against those who practice Sharia! I wish to take all of my people away from this horrible place loaded with infidels so we can live in peace in Muslim countries and serve Allah.”

The genie clapped his hands and the radical Muslim, along with every other Sharia-practicing Muslim in the country, was instantly transported to the Middle East.

Turning to Donald Trump, the genie asked, “And what is your wish?”

Trump looked around at the empty beach, smiled, and said “Just give me a Pepsi. It doesn’t get any better than this!“ 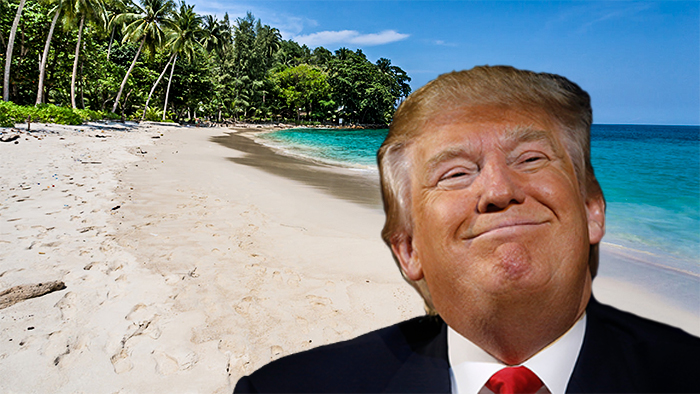