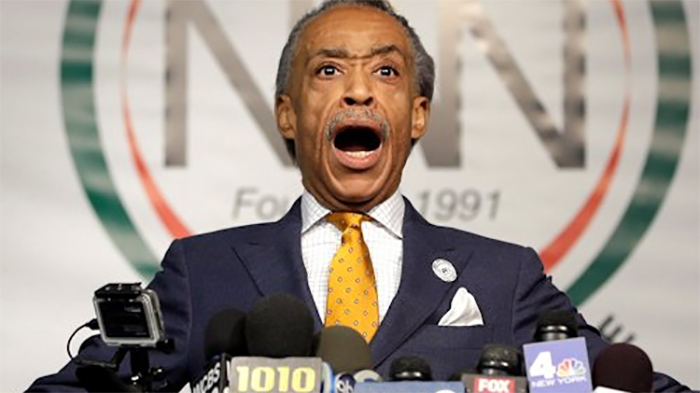 We all know Al Sharpton is a massive scumbag, but this video proves that he’s also a hate monger, racist, and violent dictator of the so-called black community

Everything Dr. Martin Luther King was, Al Sharpton isn’t. Sharpton has taken the King mantra and made it into a joke. The Dallas shootings of those innocent police officers were the direct result of decades of work by Sharpton and his followers to instill in the minds of young, black, poverty stricken people that it’s society’s fault they are the way they are: impoverished. It’s not, but that’s how Sharpton makes his money. He preaches hate and misinformation.

We live in a world where you can make anything of yourself with enough hard work, but with people like Sharpton saying things like this, it’s never going to stop.

Watch below as he talks about killing cops and “crackers” outside of where he’s speaking.

I say we all boycotts everything this man says. Share this post. Get this message out. We will NOT be swayed by the likes of race bating hate mongers anymore! ALL lives matter and saying anything else is racist and ignorant.