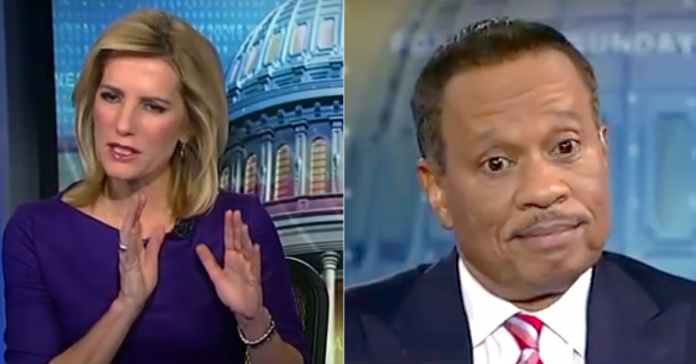 You can always count on a liberals for spreading lies on national TV. It’s pretty much their national past time. But you can also always count on the conservatives to fire back and actually tell the truth.

This one is seriously awesome. Laura Ingraham is slowly climbing my personal leader-board as one of the best political personalities in the world. She’s right up there with Judge Jeanine and Sean Hannity. So on fox News Sunday, Juan Williams decided to call President-Elect Donald Trump’s picks for his cabinet “radicals.”

This didn’t sit well with Ingraham who absolutely unloaded on Williams. Watch the exchange below.

BOOM! Now that’s what I call a brutal comeback. Who does Williams think he is? Calling military personnel who sacrificed so much for our country radicals? I bet Williams hasn’t done a single difficult thing in his entire life.

Ingraham is on point here and her evisceration of the points Williams was making proves that every single thing the liberal media says should be HUGELY scrutinized. They’re most likely lying or trying to further their anti-Trump narrative.