I think this should be shared by every, single, American. We cannot and will no stand for this! Tell Obama that we don’t want terrorists in this country.

News today out of Europe is telling us something frightening and, quite literally, terrifying. A known terrorist, ISIS sympathizer, and Al Qaeda supporter was just found trying to immigrate into Europe while posing as a refugee. I can’t say I’m surprised, but this is hugely concerning! The U.S. is next in this wave of immigration and Obama has gone on record saying that he wants to allow Syrian refugees into the U.S.

Well this is what you’re going to get, Obama! 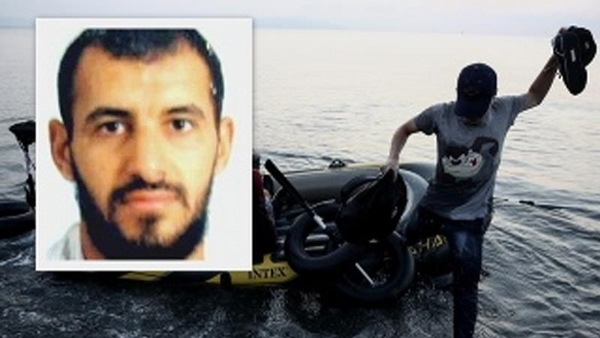 A convicted terrorist with links to ISIS and Al Qaeda was caught trying to smuggle into Europe posing as an asylum seeker. Mehdi Ben Nasr, 38, arrived on the Italian island of Lampedusa last month on a refugee boat that had set sail from Libya.

The Telegraph reports that Mehdi was arrested in northern Italy in 2008 and sentenced to seven years in prison after he was found to be head of a terrorist cell with links to Al Qaeda. He was extradited to Tunisia following the conviction.

Sounds like a super nice guy. Obama wants to let his kind into our country.

‘Upon his arrest…police said they had seized poisons, remote explosive detonators and manuals on guerrilla warfare. He was captured then along with 13 Algerians and Tunisians across Europe as part of an anti-terrorism operation led by Italian authorities. Medhi’s seven-year sentence, based largely on 25 wiretaps, was confirmed by the Reggio Emilia appeal court in 2011,’ the Independent reports.

And where is Obama in all this? Hiding this information from the American public and not allowing a proper vetting process be put in place to thoroughly shake down all immigrants. Typical liberal garbage like this will put our country further in the hole and further in the clutches of the muslims and ISIS.