In the Left’s continued war against individuality, something has just become apparently clear that might warrant discussion about how sane the left is in the first place.

As we now know, London, England had recently elected a new mayor. The mayor’s name is Sadiq Khan. He’s a member of Parliment for the Labour Party. He is also, Muslim. This would be all well and good if there was such thing as a moderate Muslim, but we all know that to be complete fiction. Kahn says that he’s a moderate Muslim, but according to a report citing factual instances, Kahn has ties to, you guessed it, Radical Islamists and terrorism.

The left is quickly ruining society with all out inclusion. 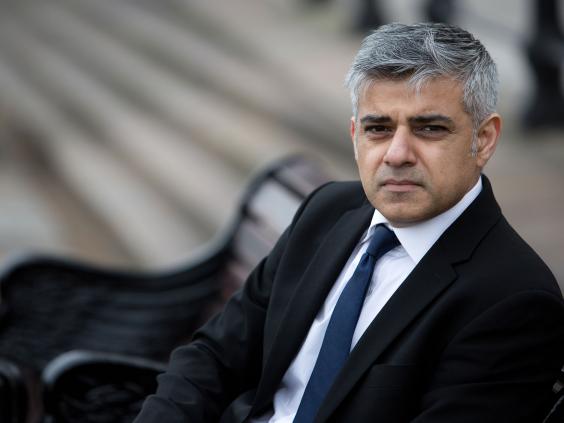 Last Thursday, Londoners made history by electing their first Muslim mayor, Labour Member of Parliament Sadiq Khan, the son of Pakistani immigrants. This is an important moment for a country that is home to approximately 2.7 million Muslims, mostly of Pakistani descent. Khan’s own professed moderate Muslim faith holds the promise that he will be a stalwart against radicalism at a time when homegrown Islamist terrorism is a mounting problem in Europe.

There’s just one hitch. Despite being a moderate Muslim, Khan has a long history of appearing alongside radical Islamist clerics and thinkers. And he can’t really explain why.

In 2004, he participated in a pro-Palestinian conference organized by Friends of Al-Aqsa, a group that previously published works by Holocaust denier Paul Eisen. He was joined by Daud Abdullah and Ibrahim Hewitt. Abdullah was part of the Muslim Council of Britain (MCB), which at the time boycotted Holocaust Memorial Day. Hewitt’s organization, Interpal, was added to the U.S. Treasury’s list of Specially Designated Global Terrorist organizations for its work funneling money to Hamas.

That same year, Khan also defended the influential cleric Yusuf Al-Qaradawi, an Islamic scholar and prominent Muslim Brotherhood member who was labelled one of the “sheikhs of death” in a petition signed by 2,500 Muslim intellectuals to raise awareness of those who incite violence in the name of religion. Al-Qaradawi is, by any reasonable measure, an extremist. He supports Palestinian violence against Israel, and following the Iraqi insurgency in 2003 encouraged the “abduction and killing of Americans in Iraq [as] a [religious] obligation.” He has been barred entry to the United States (1999), the United Kingdom (2008), and France (2012).

But wait, there’s more and it’s even more sickening.

While Khan was chair of the MCB’s legal affairs committee, the council defended Al-Qaradawi, calling him, “a voice of reason and understanding,” and claiming he was being smeared by “the Zionist lobby.” Khan himself said “there is consensus among Islamic scholars that Mr. Al-Qaradawi is not the extremist that he is painted as being.”

In 2006, Khan joined Azzam Tamimi, a Palestinian activist who supports Hamas and Hezbollah, at a rally against the Muhammad cartoons that were sparking violence across the globe. Khan has also taken part in several events organized by Stop Political Terror, a group that counted among its supporters Anwar al-Awlaki, the influential al-Qaeda cleric who was killed in 2011 by a U.S. drone strike.

To top it all off, just days before the election a video emerged, from 2009, showing Khan in an interview with an Iran-backed news agency calling moderate Muslims “Uncle Toms.” He made these comments when he was in charge of fighting extremism as minister for community cohesion.

There’s not telling what Khan will do, but the short term ramifications won’t be apparent for many years to come. We can tell you one thing: this will open the flood gates for the Liberals to try to get more and more Muslims elected to office in the name of “peace.” The same peace that Islam offers if you don’t obey their laws, where they then behead you.

So by promoting tolerance and, as a byproduct of that, blindness to the facts of the world, London has effectively become the first in the western world to elect a radical Islamist to office.What could possibly go wrong?