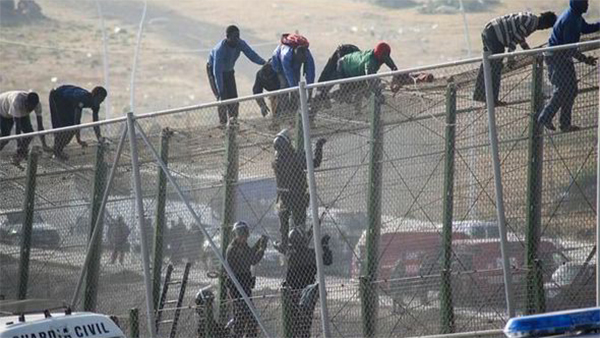 Other than the U.S., many other places have an illegal immigration problem. No place is more apparent when talking about this subject than Europe as hundreds of thousands flee ISIS and seek refuge in other countries. Apparently, when push comes to shove and action needs to occur, there’s one solution and only one.

A country where illegal immigration is a particularly pressing issue is Hungary, and it’s taking a drastic approach to this problem. According to Allen B. West,

The Hungarian government has considered using its army to secure its southern border against migrants from the Middle East, Africa, and Asia pouring into the country via Serbia, a government spokesman said Wednesday.Reuters reported that Zoltan Kovacs said that any decision to send troops to the frontier would have to be approved by Budapest’s parliament, which would discuss the issue next week.

On Tuesday, Kovacs said that the migrant flow needs to be better controlled. Hungary is preparing laws to make it a crime to cut through the fence or to enter Hungary illegally and is increasing the penalties for human traffickers. ‘It is in the interest of all of us, Hungarians and Europeans, to develop some kind of order,’ Kovacs told the Associated Press, warning that otherwise many European cities could face unsustainable situations.

Hungary is attempting to build a 13-foot-high fence to keep out the migrants, many of whom are from Syria. However, the Associated Press reported that record numbers are crossing the border in what is being called E.U.rope’s worst refugee crisis since the end of World War II. Police said that 2,533 migrants were detained on Tuesday, up from 2,093 on Monday and by far the highest figure of the year. About 140,000 migrants have reached Hungary already this year, over three times as many as in all of 2014. Over the past week, the average was nearly 1,500 people a day. After requesting asylum and registering with authorities, migrants are sent to one of Hungary’s refugee centers but most try to quickly leave for richer E.U. countries like Germany or Sweden.

And this is what many conservative politicians in the U.S., including Donald Trump, are trying to do; secure our border by any means necessary.

The most important aspect of rectifying the illegal immigration situation is to draw down the American welfare nanny-state. Get Americans back to work and not sitting back awaiting largesse under the false narrative that there are certain jobs Americans won’t do – that’s an excuse and incentive for illegal immigration — as well as advancing American slothfulness.

America is not alone in dealing with the situation of illegal immigration and history has provided lessons for those who failed to support their own national sovereignty. This is not about politics or about special interest. This is about the restoration of the American Republic.

You are either for that, or against it.

Amen! Let’s take back this country of ours. This will be a hotly debated subject for the next year and a half until the presidential election in 2016.

What about you America? Do you think we should take this hard of a stance?