This is a truly shocking turn of events, and one that is did NOT see coming!

Hillary Clinton has gone on record many times saying that Donald Trump hates women. She has also said that women hate Donald Trump right now. We’re now getting a different story thanks to, you know, facts. In a recent Gallup poll, women voters were asked who they might vote for. Women voters are paying less and less attention to this presidential cycle than any before it and it’s our responsibility to get the truth out there about their true feelings on who they might vote for in an effort to help everyone, not just women, understand what’s happening.

In short, don’t listen to Hillary, listen to the numbers. 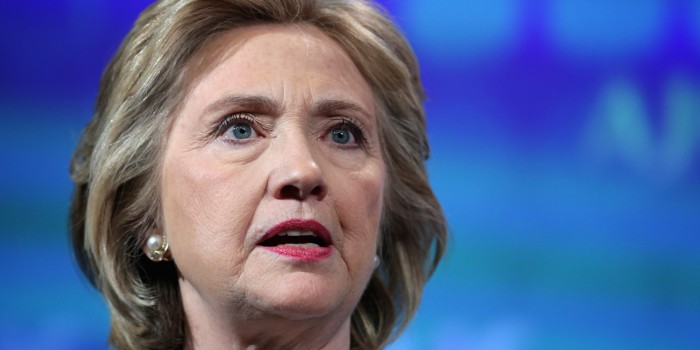 Women are increasingly turning their noses up at the 2016 election, including Democratic women despite the likelihood that their party’s nominee will be one of them, according to a new Gallup survey of the gender gap in those closely following the election.

Gallup said that 44 percent of men, compared to 31 percent of women, are paying close attention to the race.

But, just 30 percent of Democratic women are paying attention the to race, compared to 44 percent of Republican women.

What does this mean exactly? It means that even though women might not show up to the polls, it shows that they do not hate Donald Trump especially considering that there is a 14 point gap in favor of Republican woman voters.

Gallup blamed the lack of female candidates for women paying less attention, though that doesn’t explain the low interest among Democrats who are likely to nominate their first woman as the party candidate. What’s more, several groups that support women’s issues, such as Planned Parenthood and Emily’s List have been very public about backing Clinton.

Maybe it’s finally happening that Democratic women are seeing the liar that Clinton truly is and aren’t willing to vote for her. Maybe they see her as a worse case scenario. But know this America, it doesn’t mean women voters hate Trump. This could mean they hate Hillary.