I’m sure there’s a liberal behind this. I just know it.

An Arizona high school has banned any clothing promoting Donald Trump’s presidential campaign due to it being “racist” or “offensive.” Not entirely sure what’s racist about “Make America Great Again.”

Maybe it’s racist towards fascist high school principals that have no idea what the words “racist” and “offensive” mean? I know know. 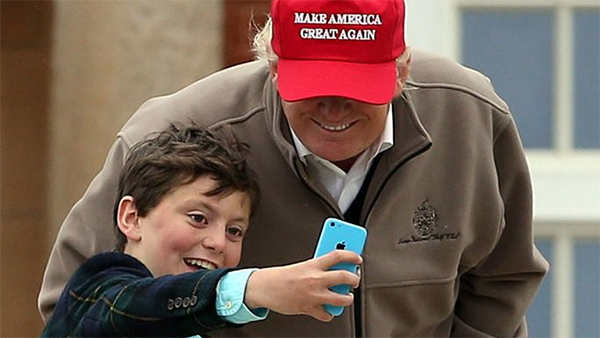 All I can say is that my blood is absolutely boiling at this clear show of censorship.

Corona del Sol High School in Tempe, Arizona – with a student body known as ‘The Tribe’ – is set to face off against Marcos de Niza High School Friday in an anticipated rivalry game. The game was supposed to have a ‘USA’ theme. But that theme was considered problematic and thrown out.

So this school is alright with having a name that’s offensive to native Americans, but isn’t okay with pro-U.S. messages on t-shirts? I seriously smell a big liberal stamp all over this one.

‘The Tribe tweeted out that the theme for the game would be ‘USA,’ and students should wear red, white and blue. Administration recognized that this theme had negative connotations,’ according to a statement Thursday by the Editorial Board of the Corona student newspaper.

‘This is not something that can be denied—past games, even as far back as over eight years ago, have showcased themes and chants that appeared racist or offensive toward Marcos [school]. The theme was changed to ‘Orange Out’ after the administration decided it was best to avoid any possible offensive connotations the theme would have.’

When will these liberals learn? You’re supposed to have pride in the country you live in! This PC culture is getting out of control.