Obama, your days are numbered. Trump, so are yours, but on the way to the White House!

The Donald has gone on record churning out another news worthy quote, but this time it’s not just a snippet that the liberal media will twist into something that makes him look weaker or bombastic in any way. This time, Trump tackles a hard issue and it’s resonating throughout the conservative world.

What is he speaking about specifically? It’s the Trans Pacific Partnership deal that Obama just made with 12 Pacific rim countries. 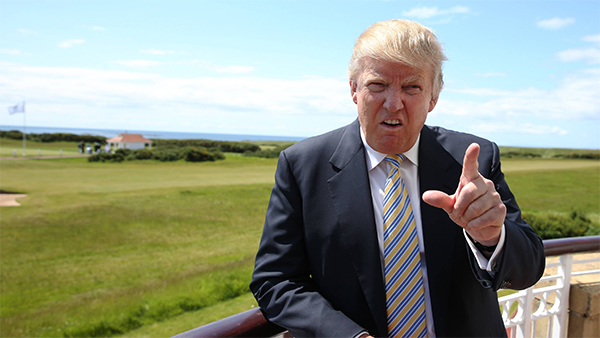 The incompetence and dishonesty of the President, his administration and—perhaps most disturbing—the Congress of the United States are about to place American jobs and the very livelihoods of Americans at risk,’ Trump tells Breitbart News in an exclusive statement reacting to the news that the president and his negotiators have wrapped the highly secretive they have been negotiating for the past several years on Monday morning.

‘The only entities to benefit from this trade deal will be other countries, particularly China and Japan, and big corporations in America.’

‘If this was such a good deal, why was there not more transparency?’

Couldn’t agree more. So what should we do about it Mr. Trump?

It’s time for leadership in Washington,’ Trump said. ‘It’s time to elect a President who will represent the only special interest not getting any attention—The American People. It’s time to send a real businessman to the White House. It’s time to Make America Great Again.’

Absolutely! Trump 2016! This is the kind of speaking and forceful leadership this country needs.