There is an epidemic going on in this country. Civilians are turning against the people that are sworn to protect us; the police. We need to respect their authority and their ability to uphold the law, but apparently that doesn’t apply to some people.

Here’s a great story of someone standing up FOR the police, for once. Texas governor Gregg Abbot has called for a state wide “stand with law enforcement” after the atrocities throughout the country. 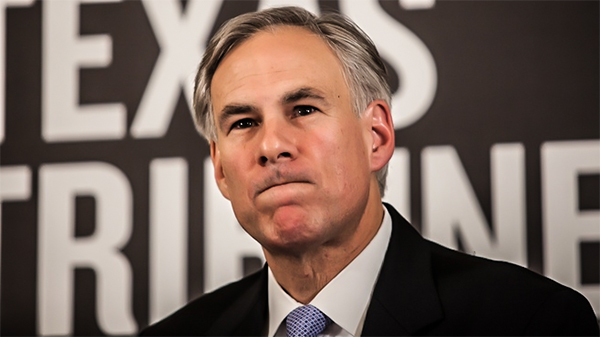 Texas Governor Greg Abbott called for police officers across the state of Texas to honor the funeral of slain Harris County Deputy Sheriff Darren Goforth on Friday. The Governor asks that all police officers across the state “stand with law enforcement” by turning on their emergency lights for one-minute to mark the beginning of the deputy’s funeral being held in Houston.

‘Respect and pride in our law enforcement must be restored in this state and nation,’ said Governor Abbott in a statement obtained by Breitbart Texas. ‘It is time to unite in solidarity to support the men and women who serve and protect our communities. I ask that communities across Texas support this cause for unity and remember the essential role that law enforcement plays in keeping Texas safe and strong.’Abbott announced a procession of law enforcement patrol cars will gather at the north drive of the Texas Capitol on Friday morning as a show of unity.

Couldn’t agree more. This needs to stop. Here’s a novel idea though, maybe, just maybe, try it out, stop doing illegal things and maybe you won’t get your ass beat by the police! It’s a pretty simple concept to understand.