A wonderful thing is happening in Childress, Texas. The police force in Childress has put “In God We Trust” on the back of their police cruisers. I salute them! This is a great showing of faith and American pride.

However, these brave and inspiring people are, of course, facing backlash from liberals who can’t keep their mouths shut about anything. Officers in Missouri have faced the steepest backlash, but all over the country, police are adding the phrase to their cars.

He said the Missouri Sheriff’s Association previously voted to support adding ‘In God We Trust’ to sheriff’s vehicles across the state. 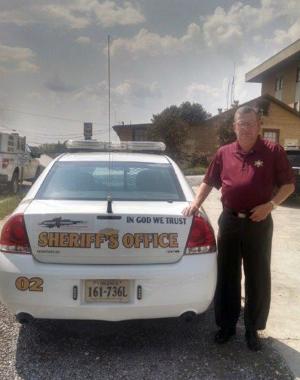 In fact, of the dozens of complaints about the decals lodged in recent months by the Wisconsin-based Freedom From Religion Foundation, about half were sent to law enforcement agencies in Missouri. Departments in Arkansas, Florida, Kentucky, Virginia and elsewhere also received complaints from the foundation, which says it will consider suing but acknowledges it can be difficult finding a plaintiff willing to be publicly identified as challenging the use of the phrase.

Gary Parsons, the sheriff in Lee County in Virginia, said his office spent a total of $50 to have the decals added to about 25 vehicles. He said many people feel their belief system is being trampled and that adding the phrase is a way of pushing back.

Completely agree! If you don’t like it, don’t look at it. Liberals really need to stop with all the PC garbage. When will their madness end?