Here we go again. Another disturbing story out of Europe this morning. Another Syrian Refugee went on a rampage with a machete and murdered a pregnant woman in Germany over the weekend. That’s 3 attacks by men of Middle Eastern descent, in Germany, in 3 days.

According to reports, the Syrian man and a Polish woman got into a heated argument. The Syrian man then brandished a machete and killed the woman, also killing her unborn child. The victim and the murderer worked at the same Turkish deli together which is where the argument and attack took place. 2 others were injured. 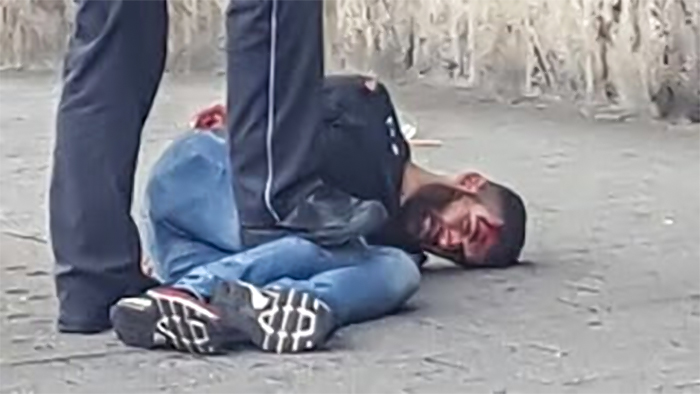 The response to all 3 of these attacks has been largely ignored by the media and entirely ignored by Obama, but YouTube sensation Stefan Molyneux, took to his channel to express the facts and his thoughts about this attack and his emotions definitely came through.

Keep in mind, this is from a person who did not even know the victim.

This shows that what is happening in Europe is affecting everyone. It doesn’t matter who it is, the Syrian and Middle Easter exodus into open border European countries is making life a living hell for everyone there.

This isn’t something that’s going to stop unless we take action. Close the borders, properly vet people coming in, and make sure everyone is safe before blindly allowing migrants that are violent and have possible ties to ISIS into the country. Seems like a pretty easy concept right?

We’re looking at you, Obama.