How is it possible that Donald Trump is still getting flak from the GOP? He accepted the nomination at the RNC, the crowd went nuts, and the Republican party WANTS him as our nominee and President of the United States.

However, some people still aren’t on board and frankly, they’re wearing out their welcome.

This time it’s 50 former national security advisors from Republican administrators. Fox News reported that they, “have signed a letter opposing party presidential nominee Donald Trump, calling him an unqualified choice who would put the nation at risk.”

“None of us will vote for Donald Trump,” the officials wrote. “Most fundamentally, Mr. Trump lacks the character, values, and experience to be President.”

The letter was released as another Republican lawmaker – Maine Sen. Susan Collins – wrote an op-ed claiming she would not support Trump.

So what did Trump do? Did he cower in a corner like an un-presidential person would? Did he accept their criticism and deflect? Nope, he took them all on with a full frontal assault! His response is on his website, but we have it here for you to read in all its glory! Check it out below and cheer along with me as Trump dismantles this insane argument. 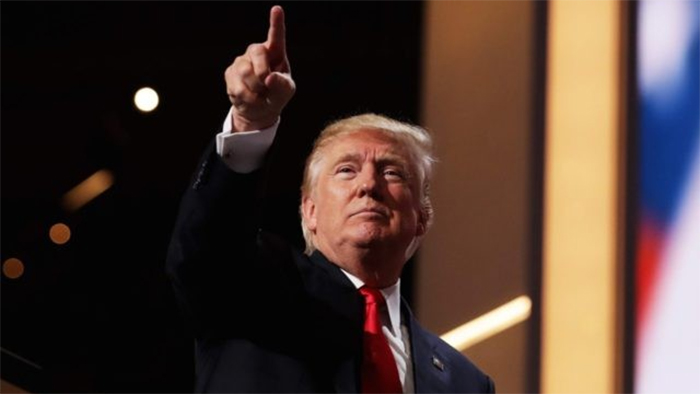 “The names on this letter are the ones the American people should look to for answers on why the world is a mess, and we thank them for coming forward so everyone in the country knows who deserves the blame for making the world such a dangerous place.

They are nothing more than the failed Washington elite looking to hold onto their power, and it’s time they are held accountable for their actions.

These insiders – along with Hillary Clinton – are the owners of the disastrous decisions to invade Iraq, allow Americans to die in Benghazi, and they are the ones who allowed the rise of ISIS.

Yet despite these failures, they think they are entitled to use their favor trading to land taxpayer-funded government contracts and speaking fees. It’s time we put our foot down and declare that their gravy train is over: no longer will Crooked Hillary Clinton and the other disasters in Washington get rich at our expense.

Instead, I offer a better vision for our country and our foreign policy – one that is not run by a ruling family dynasty.

It’s an America first vision that stands up to foreign dictators instead of taking money from them, seeks peace over war, rebuilds our military, and makes other countries pay their fair share for their protection.

Together, we will break up the rigged system in Washington, make America safe again, and we will Make America Great Again.”

This is by far and away the best written and most calculated response to anything Trump has had to face yet. To me, this further proves he is ready to take the next step and become president. He needs our support more than ever.

Share this everywhere and have your voice heard! Let’s get Trump to the White House!