Many times diplomacy, reelection aspirations or even just good manners keeps those who are interviewed by the overtly liberal and factually ungrounded journalists in the mainstream media from giving the scathing retorts that many of us yell at our TV while watching. Former New Hampshire Gov. John Sununu, however, didn’t feel the need to hold back when he was interviewed by CNN’s Alisyn Camerota about the alleged Trump campaign/Russia connection.

This video has the pleasure of being both informative and humorous to watch. Enjoy.

Let me just address this really quick. Maybe you have a better vocabulary than I do, but I had to look it up. 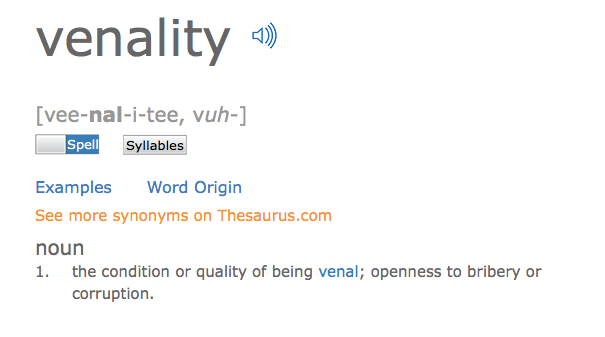 Now that we all know what that word means, I think we can agree that everyone who hates President Trump is desperately searching for it! It’s actually really funny hearing these two going round and round. “You tell me what you see. No, you tell me what you see.” That’s not journalism, people. If they have nothing, after 7 months of going over everything with a fine-tooth comb that they can legally (and in some cases, illegally) get their hands on and have come up with nothing, then at this point, I think it’s safe to say that they’re trying to make something from nothing.

As far as these rumors about Jared Kushner are concerned, what are these “ties with putin” that people keep vaguely referring to? Nobody is showing a credible connection between Kushner and the banker, the banker, and Putin or even Putin and President Trump. So the leap from Kushner to election tampering seems like a long one.

One last note; I’m not sure when it came within a journalist’s job description to tell their guests how to think, but even if it really is, this one needs to get better at it. Because she’s not convincing anyone with that fishing expedition.

No, there’s no evidence, nothing to see here. That should mean case closed, so lets move along.