When something bad happens, we want someone to blame. If you’re the person who did the bad thing, you might try to blame someone else, it’s just human nature. This has been the case in the wake of the incredible racial tensions we have been dealing with in America today.

Despite the facts in of the case, Democrats have someone positioned themselves as the champion of the minorities to the point that they’ve made Republicans look like we’re somehow racist just by not being a Democrat. There’s just one problem with that; they neglected to get rid of all the history books and erase the memories of the old people.

Those who are pushing this lie are depending on the fact that white people have been convinced that we aren’t allowed to speak on racial issues, because of our inherent “white privilege.” They also seem to have just assumed that people of color wouldn’t speak up. They were wrong. Here’s an example of a high school kid who can see past all the liberal crap and call them for what they are; race baiters and manipulators.

WHEN THE KLAN HAD POWER: In the 1920s the KKK marched 50,000 men in hoods down 5th Ave in NY–they were headed to the Dem Nat'l Convention pic.twitter.com/tzfHHc7oDU

They didn’t do these atrocious actions because they believed it to be right, they did it because they could get away with it. The Democratic party has always been a welcome home for those who want to cause division, and back in the day, that division took the form of burning crosses and pointy white hats. They didn’t like someone so they terrorized them. Today it takes the form of black masks and lies to minorities for the purpose of manipulation. They don’t like conservatives, so they’ve decided to terrorize us now. The second verse is much the same as the first. 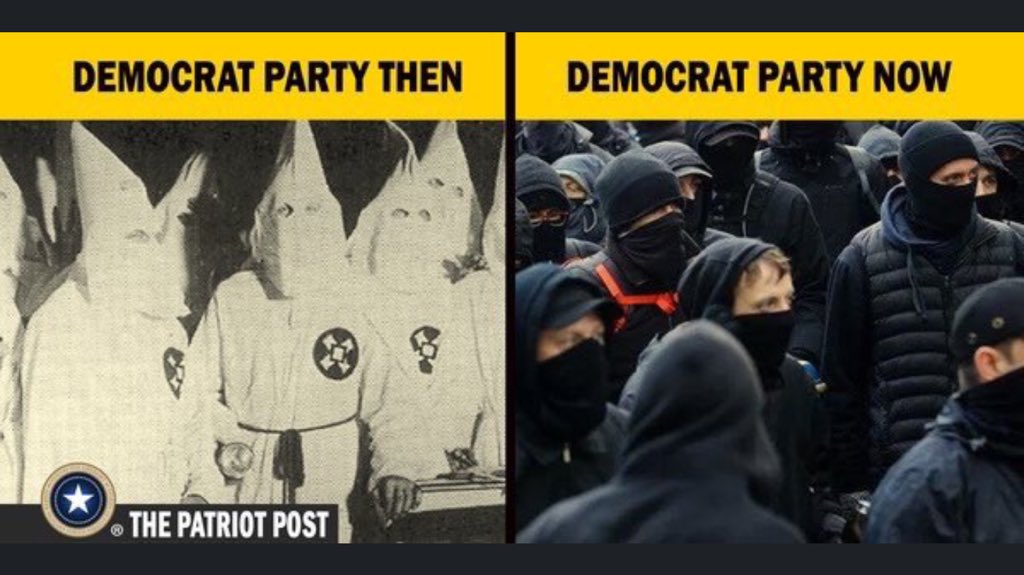 They say that the hen that cackled laid the egg. In this case, the masked man crying racism is the racist.