It is officially the end of an era as the top-rated host in cable news has been forced off the air. Bill O’Reilly is out after a 20-year career that anyone could be proud of. O’Reilly is being ousted because of information surfacing that he’s settled with multiple women in sexual harassment suits. 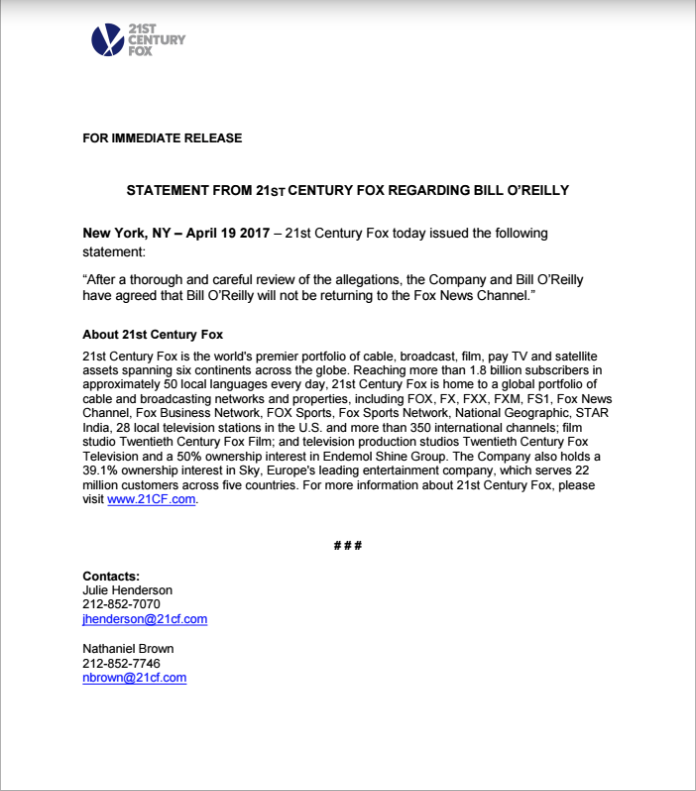 Matt Drudge, a fellow political commentator, sent out his support to O’Reilly:

O'Reilly has had tremendous run. Very few in the business get to decide when and how things end. Media is most brutal of all industries…

Kinda sad, but kinda deserved if he was acting as badly as the reports make it sound. If the 67-year-old is really making unwanted advances toward the women around him and intimidating those who are undeserving, I would say he completely got what was coming to him.

However, reports are now surfacing that it might not have been these women who were behind his career’s untimely death at all, but rather another old white guy. The group Media Matters, headed by non-other than America’s number one enemy George Soros, orchestrated the campaign that got O’Reilly benched. 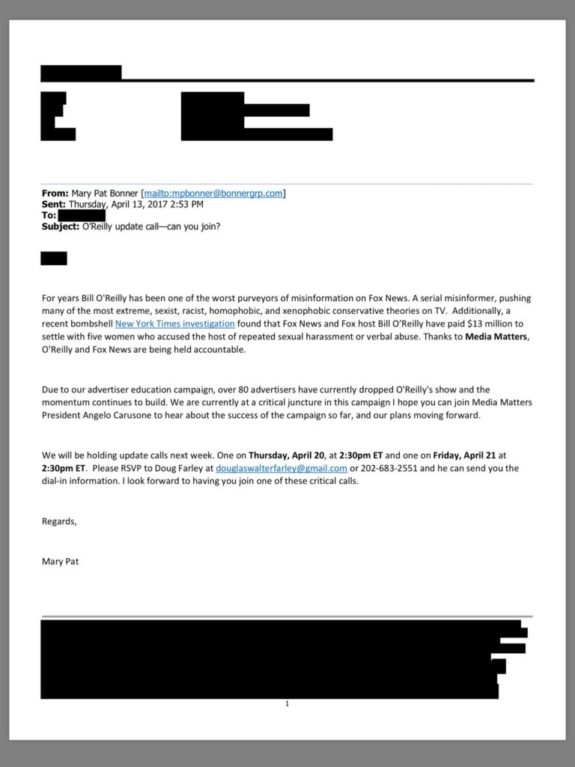 Well isn’t that unfortunate for O’Reilly. Maybe none of this was really about what he said to women, maybe it was all about the good he was doing in the world of politics. There’s no doubt his career has been an incredible one. He’s become a household name and someone people turn to in order to make sense of the chaos, and the liberals just can’t have that. As the creators of said chaos, they need for people to be confused and get lost on their way to the truth. O’Reilly was getting in the way of that.

Soros’ group is aptly named “Media Matters” because that’s a true statement. I think it would be more accurately named though if it were “Media Matters – So We Plan To Control It.” They’ve worked with just about every major purveyor of information, including your social media, to filter what you see and hear about the world. We have free speech, we just don’t have all the dirty money to combat the roadblocks they are throwing up to get that speech and information to you.

So, the question of the hour; did O’Reilly really do the things he said he did or was this all a big campaign to remove one of the last voices of reason from your tv? Honestly, I don’t know. However, based on my research, it was probably a little bit of both. There’s no doubt that the left has wanted to silence O’Reilly, and others like him, for years, but this would never have come so easily for them if he had been above reproach. Chances are, he let the power go to his head a little, and made some inappropriate comments, which led to lawsuits and those who heard them into believing that he was an unchecked aggressor, a slave to his instincts. Should he have been more careful? Absolutely, but while I don’t know these women personally, in general, a lot of females are bowing to their baser instincts. They’re hoarding up attention and crying wolf every time they see a chihuahua.

So, the moral of this story is, yes it was a setup, but tread carefully, because if you don’t, when you do something good, they might just set you up too