This one promises to be better than the first as many opponents, especially Sen. Rand Paul, have promised to take it up a notch or two against Trump.

To watch it live at 8PM Eastern, click here 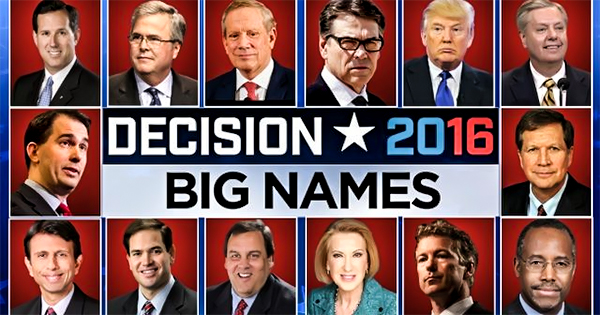 ‘I want to make sure everyone in the whole country knows he’s a fake conservative,’ Paul added.

The libertarian firebrand, who has been relentless in calling trump a ‘fake conservative,’ has predicted Trump’s star power will fade when voters learn about the liberal positions he previously held.

‘I think ultimately when voters fully grasp who he is and what he supports, I think they’ll run away with their hair on fire,’ Paul told The Daily Caller.

‘The message hasn’t penetrated yet that Donald Trump isn’t one of us,’ Paul added to the website. ‘He’s barely a Republican. He’s been a Democrat. He’s been a huge supporter of Harry Reid, Charlie Rangel.’

While I totally disagree with Sen. Paul’s statement, those are incredibly strong words and back up his claim to take it to Trump. I have faith that Trump will counter and successfully win this debate, even with everyone seemingly against him.

The great news is we can all watch it go down live! Here’s how you can watch:

The second Republican presidential debate on Wednesday night, hosted by CNN, will feature the same two-tier structure as the first debate: an early “undercard” forum for candidates with the lowest poll numbers and a primetime main event for everyone else.

– The early debate begins at 6 p.m. Eastern and the later one starts at 8 p.m. Both will be live on CNN, CNN International and CNN Espanol.

– Unlike Fox News, which hosted the first debate, CNN will be forgoing cable provider password protections for its live streams, broadcasting the debate for free on its website and mobile platforms.