Just when you thought Trump’s support couldn’t get any bigger, it does!

We just reported that Trump was down with evangelicals in the south, but it seems that is a bunch of hogwash. Evangelical leager jerry Falwell, just endorsed Trump in a huge way, comparing Trump to his father.

This is one of the biggest complements you can give a man, at any level. 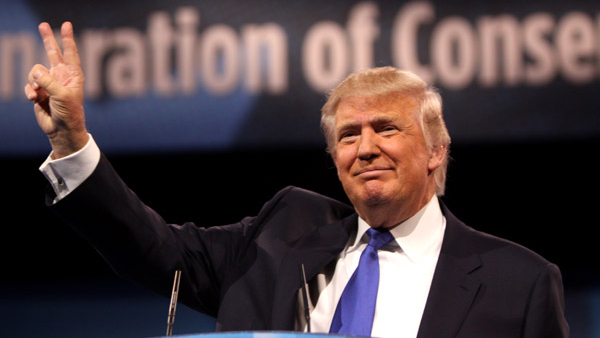 He described Trump as “one of the greatest visionairies of our time” and praised him for several good deeds Trump has done, such as donating 100,000 dollars to a friend who leads a ministry and paying off a couple’s mortgage.

Falwell also told the audience that Trump was the only candidate who walked down off the stage after the more-than-two-hour GOP primary debate to greet the crowd.

And the praise didn’t stop there!

“I’ve seen first hand that his staff loves him and is loyal to him,” Falwell said, adding that Trump “lives a life of loving and helping others as Jesus taught in the great commandment.”

Falwell said his father was criticized for supporting Ronald Reagan because Reagan was from Hollywood and not a Sunday school teacher. “I see a lot of parallels between my father and Donald Trump,” he added.

“He honors his fiduciary responsibilities…he speaks the truth publically even if it is uncomfortable for people to hear,” Falwell said of Trump, adding that he has “stunned the political world.”

“Donald Trump is a breath of fresh air in a nation where the political establishment from both parties has betrayed their constituencies,” Falwell said, adding that Trump is the only candidate who can claim he’s “not a puppet on a string,” while the wealthy campaign donors are the puppet masters.

WOW! That is incredible and I totally agree. Trump 2016!