Donald Trump knows that when everyone’s together with their family and in a good mood, they’ll be ready to her you out, no matter what you have to say. That’s why last night, after the New Year rang in, Trump announced his plans and new year’s resolutions.

Needless to say, it has Hillary running to do damage control because it absolutely took the wind out of her sails. 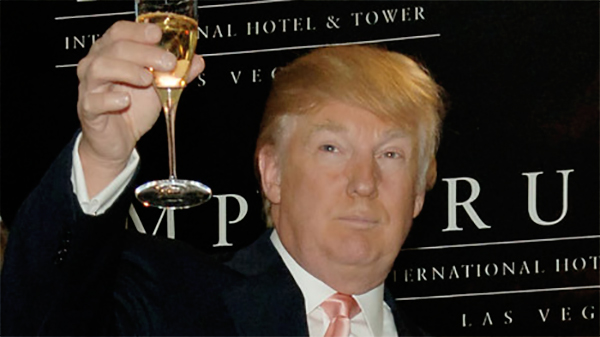 “My resolution is to make America great again, and that’s what we’re going to do,” Trump said from Palm Beach, Fla., where he was in black tie and surrounded by his family for the New Year’s celebration. “It’s going to be an amazing year.”

2015 saw Trump spar more than once with Fox News, but both sides were all smiles on Thursday evening. Asked where he’ll be ringing in 2017 — and whether he’ll take their call — the real estate mogul predicted he’d be happy at the end of election season.

“Well I hope you’re going to be calling the White House, and I promise you will get through. You’ll always be invited,” Trump said. “And we’re going to do something very special, we’re to make amends for a lot mistakes that have been made over the years.”

Trump said he would be Democratic front-runner Hillary Clinton’s “worst nightmare” and pledged to work “tirelessly” to fix America’s problems, in particular strengthening the military and Veterans’ Affairs.

“We’re going to rebuild our military to make it so strong, so powerful, that nobody is going to mess with us. And, importantly, we’re going to take care of our vets, because our vets have been totally mistreated,” he said.

Pressed on any campaign strategy shifts he might be considering in the final month before the Iowa caucus kicks off primary season in earnest, Trump said he’s “going to be all over the United States” turning supporters’ enthusiasm into votes.

I can’t wait for 2017 to ring in Trump as the new President of The United States!