Wow this is truly shocking!

Trump has left us guessing this whole time as to who he might pick for his VP. There have been rumors flying about this topic ever since he took the lead in pretty much every poll in the country. Sarah Palin’s name has been thrown around, and even Ted Cruz as Cruz has a massive following. Now, he’s given us a glimpse into who it might be.

But what’s more interesting is who he didn’t name. 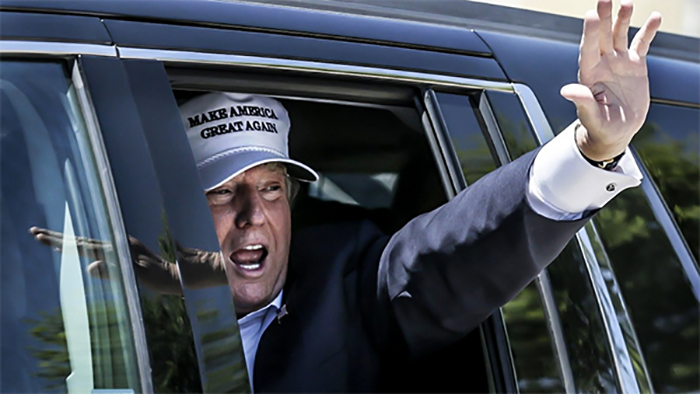 Could he build coalitions with people who had wronged him? Could he, for example, see appointing Sen. Marco Rubio to a position in his administration?

“Yes. I like Marco Rubio. Yeah. I could,” he answered. As for a potential Rubio vice president: “There are people I have in mind in terms of vice president. I just haven’t told anybody names. … I do like Marco. I do like (John) Kasich. … I like (Scott) Walker actually in a lot of ways. I hit him very hard. … But I’ve always liked him. There are people I like, but I don’t think they like me because I have hit them hard.”

He did not mention Ben Carson at all. Ben Carson has been a big time Trump supporter, but hasn’t garnered national attention the way Kasich, Rubio, or even Walker have. Is this a sign that Trump is getting more and more serious about the presidency? We sure think so.

But what about you? Let’s hear it in the comments!