WHOA! These are fighting words!

Hillary Clinton, as we know, is probably the worst presidential candidate we’ve seen in the last 50 years. That’s saying something. Trump is the change we need. This is fact. Yet, Hillary still isnt’ coming to her senses and continues to speak out against Trump, especially the ban on Muslim immigration.

Actually, Trump went as far as to say that Hillary shouldn’t be president at all because she does not understand what is happening in the world. And we couldn’t agree more. 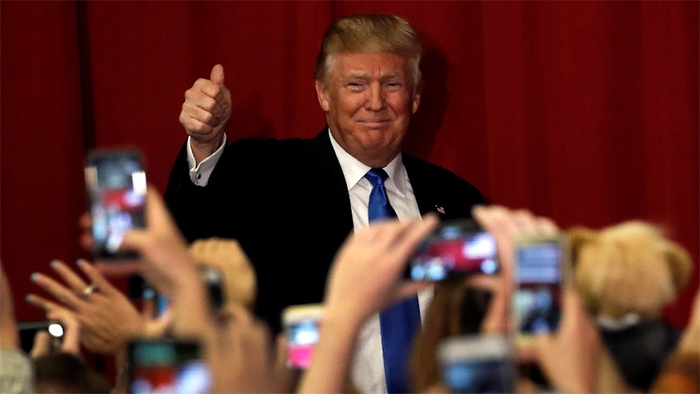 Donald Trump is firing back at Hillary Clinton for saying his proposal to temporarily ban Muslims from entering the U.S. promotes terrorism.

“The fact that Hillary thinks the temporary Muslim ban, which she calls the ‘Muslim ban’, promotes terrorism, proves Bernie Sanders was correct when he said she is not qualified to be President,” the presumptive Republican presidential nominee’s campaign said in a statement on Thursday.

Clinton was critical of Trump’s call to ban Muslims from entering the country in an interview with CNN.

“When you run for president of the United States, the entire world is listening and watching,” she told CNN’s Chris Cuomo. “So when you say you’re going to bar all Muslims, you’re sending evidence to the Muslim world, and you’re also sending a message to terrorists. … Donald Trump is essentially being used as a recruiter for more people to join the cause of terrorism.”

Trump seized on the moment to fire off an attack that Sanders used against the Democratic front-runner in early April, saying she is unqualified to be president and linked the critique to the disappearance of a jet headed from Paris to Cairo.

“And by the way, ask Hillary who blew up the plane last night — another terrible, but preventable tragedy. She has bad judgement and is unfit to serve as President at this delicate and difficult time in our country’s history,” the statement said.

This does bring up a bigger point. Does Hillary even know what’s going on in the world? Does she even care? She’s turning a blind eye to the fact that Christians, Jews, Buddhists, Taoists, and a whole multitude of OTHER religions aren’t actively trying to murder everyone in the world.

Radical Muslims are. Wake up Hillary. Oh wait, you never will. Trump 2016!