The media and Trump haters everywhere would have you believe that everybody who is anybody absolutely detests President Trump. They really want you to believe that a bunch of toothless hillbillies finally drug themselves to the nearest town on a bus driven by a Russian in order to make their mark on a ballot in favor of Trump and that’s what put our President in office.

I’m not ruling out the idea that toothless hillbillies might have had something to do with it, but I can tell you that we don’t get on buses driven by Russians, just FYI.

However, recent events at the White House would tend to prove their story about celebs hating trump as well. Singers Kid Rock and Ted Nugent joined Sara Palin in a dinner with our new President at the White House. 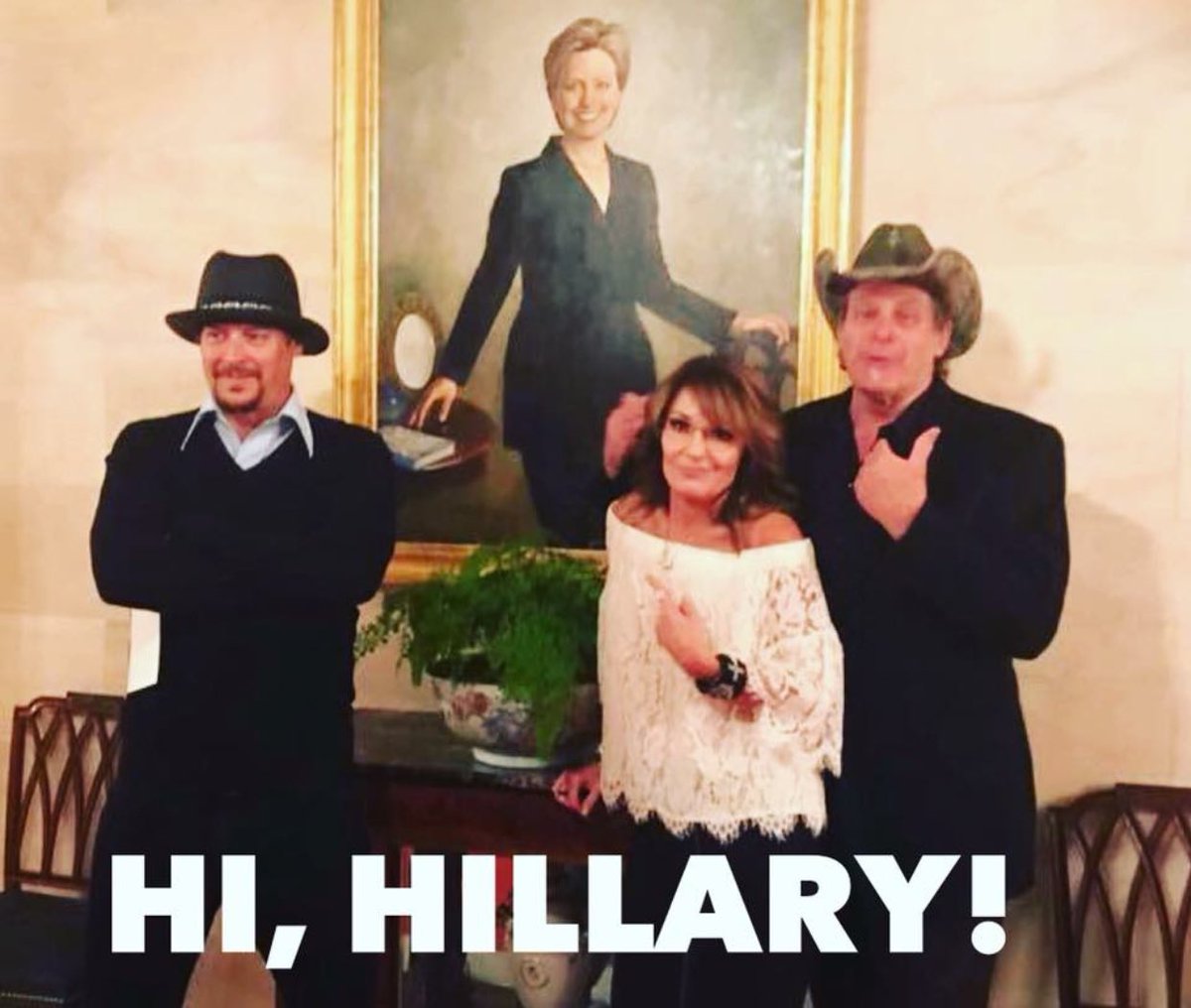 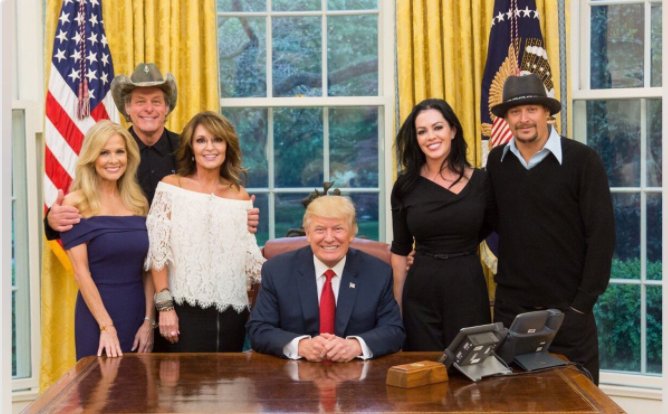 I’m sure there are liberal heads exploding as we speak. Both because of the fun picture with Hillary and because this guy is sitting in the oval office.

That Nugent was among those standing in the Oval Office shows a major twist of political fate. Merely two years earlier the outspokenly conservative musician, who performed before a 2016 Trump rally in Michigan, called President Barack Obama a “subhuman mongrel.” Nugent later apologized, “not necessarily to the President – but on behalf of much better men than myself.”

I feel like we’re supposed to be retroactively horrified with Nugent, but I gotta be honest, I got nothin’. I’m not saying I’d condone that kind of personal attack, but I kind of get where the sentiment is coming from.

We have no definitive proof as to what this tweet from Kid Rock is referring, but I’ll bet you can fill in some blanks.

Don’t worry, kid, everybody who hates Trump is tolerant and loving and would never point fingers or cause you any trouble.