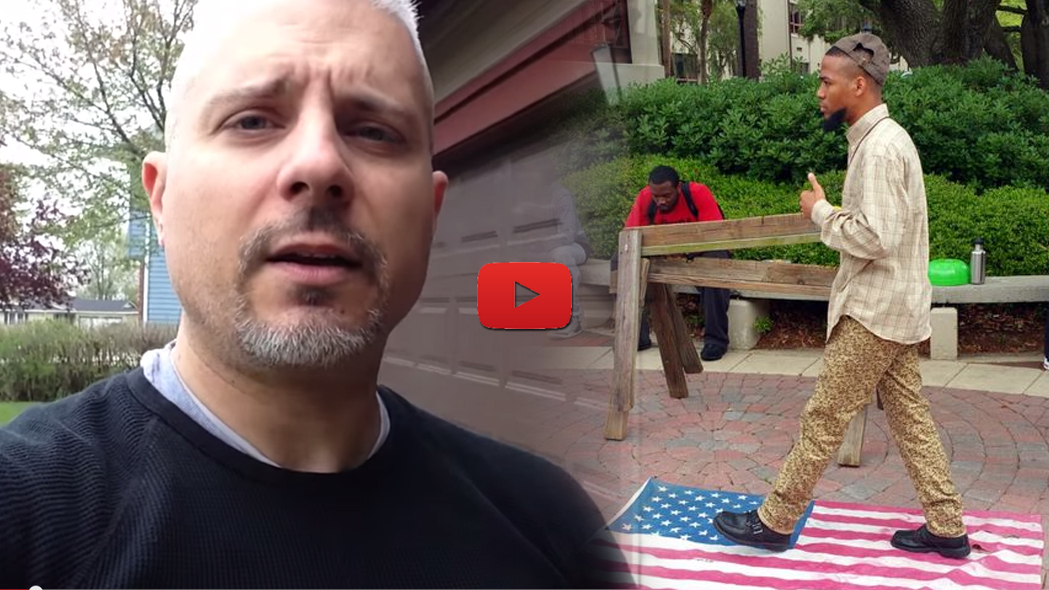 Eric Sheppard, a self-proclaimed terrorist and unashamed racist, issued a challenge for people around the country to stomp on the American flag. Of course, these are often liberal college kids that haven’t held a job for more than 45 minutes who have also conveniently forgotten that they live at a time when there was never more opportunity, especially for people who aren’t white.

Well, Officer Dominic Izzo from Illinois has an response for the idiots that are desecrating our national symbol, and it is GOOD:

We need more honorable men like Dominic in our country, calling out cowardly terrorists like Eric Sheppard for what they really are.