There’s this theory, or maybe it’s a propaganda campaign, that tells us only white people can be racist. This is no doubt because of all the white people that are or have been racist in the past, and that sprang from the terrible time in our history when we took slavery as an acceptable practice.

So we can all no doubt agree on two things: slavery = bad, racism = bad. The slavery thing has already been done away with, so check that one off the list. The racism part of the equation was starting to dissipate, and then things took an ugly turn.

Now, instead of racism holding up in the Caucasian culture, it seems to have put down roots in black America. We have black representatives saying that white people aren’t as patriotic as black people, and because of our massive daily dose of white guilt, nobody is standing up to them.

Let me show you how the dictionary defines racism: 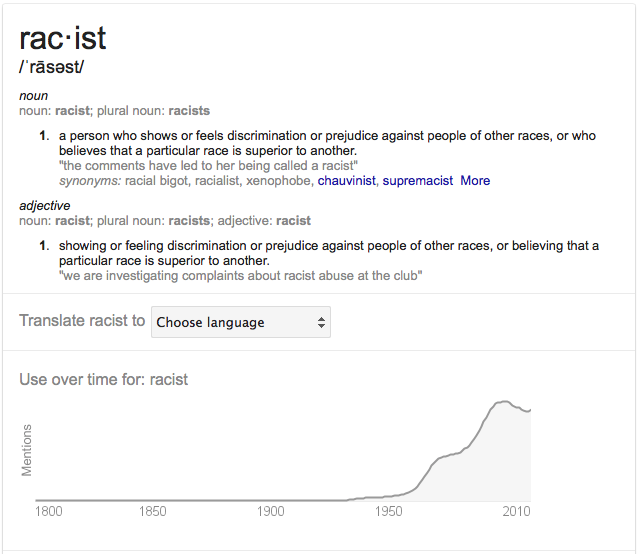 That’s great, seems like a fair definition. Now, take a look at this image and tell me if you think it’s racist: 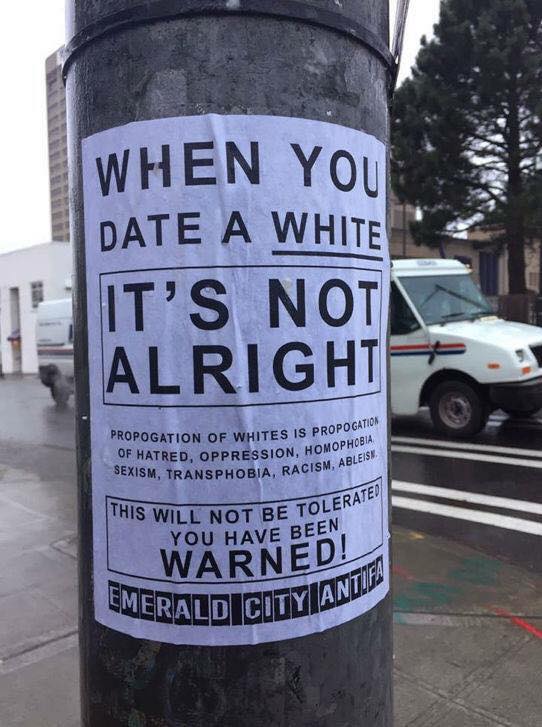 What if I were to say “When you date a black, we’ll get you back. Propagation of blacks is the propagation of fear mongering, gang culture, degradation of society, broken families and domestic terrorism. This will NOT BE TOLERATED. YOU’VE BEEN WARNED.”

First off, I would never say that, because I don’t think badly of black people, or generalize a culture based on media propaganda. Also, threatening people with physical retribution for their legally protected actions is deplorable, oh, and illegal. Secondly, if you can’t see what’s going on as racism, based strictly on the dictionary definition, then it may be time to consider that you’ve been brainwashed by the media.

If you’re in need of visual confirmation that what I’m saying is a real problem, here’s a social experiment carried out to prove just this point.

Yes, it’s natural for people to want to believe there’s something inherently special about them, or that they’re better than some other group of people. However, that desire goes too far when they create gangs to terrorize the other groups or people who associate with them.

America is called the “land of the free” for a reason; so that baseless animosity can be choked out, and equality can flourish.