It’s a common theme for liberals to be against capitalism, even though they have no idea what that means. They’ll likely tell you that conservative political candidates are bought and sold by big business and they’re in the back pockets of corporate fat cats.

Well, it just so happens that OpenSecrets has released a list of top campaign contributions for political parties, and TWENTY out of the top 25 campaign contributors give overwhelmingly to the Democratic Party – amounting to more than $1 billion over the recorded election cycles. The primary benefactors? That’s right – Hillary, Bernie, and Obama. 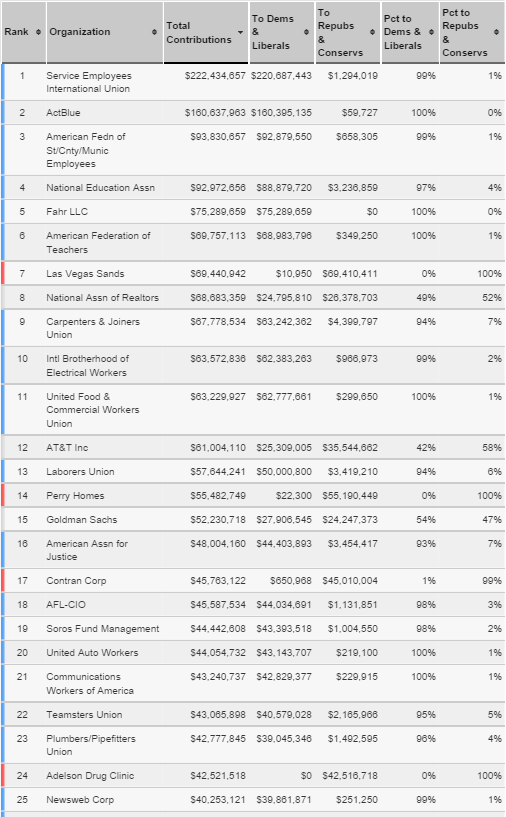 Did you also notice that the VAST majority of campaign contributions are from unions who want to conveniently use liberal politicians to push forward mandatory union laws and eliminate competition from small businesses?

There’s definitely fat cats in charge here, but they sure as heck aren’t conservative or Republican.

Share this story with your liberal friends and see how they tie themselves into knots trying to explain it.

You can look at the entire chart here and share this EVERYWHERE to expose the LIES of Democrats everywhere!